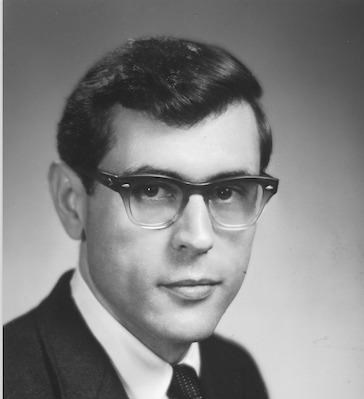 Jackson - David Myers Morris passed away peacefully on Friday, February 5, at home in Jackson, MS, at the age of 88. He was born in New Augusta, MS, on September 8, 1932, to Audrey Myers and Dewey Chesley Morris. After graduating from New Augusta High School, he earned his degree in English, with honors, from Southwestern at Memphis (now Rhodes College), where he was a member of Sigma Nu fraternity. After Army service in Germany during the Korean war, he earned a degree in banking and finance from the University of Southern Mississippi in Hattiesburg. While there, he met his wife of 52 years Marjorie Hess Morris at the Hattiesburg library, where they both worked. He retired from a career-long tenure with the Mississippi Employment Security Commission in Jackson. A lifelong Presbyterian, he was most recently a member of Fondren Presbyterian Church in Jackson. An avid book collector, he enjoyed historical architecture and garden design, art, antiques, museums, travel, and crossword puzzles. He was preceded in death by his father Dewey Chesley Morris, mother Audrey Myers Morris, brother Dewey Chesley Morris, Jr., and sister Catherine Morris. He is survived by his wife Marjorie Hess Morris, sons David Myers Morris, Jr., (Tess Remy) and John Thomas Morris, all of Jackson. In lieu of flowers, memorials may be made to New Augusta Presbyterian Church (P.O. Box 344, New Augusta, MS 39462), Hattiesburg Library (329 Hardy Street, Hattiesburg, MS 39401), Rhodes College (Development Office, 2000 North Parkway, Memphis TN 38112), Fondren Presbyterian Church (3220 Old Canton Road, Jackson, MS 39216), or the charity of your choice. The family will have a private graveside service at a later date.


Published by Clarion Ledger from Feb. 13 to Feb. 14, 2021.
To plant trees in memory, please visit the Sympathy Store.
MEMORIAL EVENTS
To offer your sympathy during this difficult time, you can now have memorial trees planted in a National Forest in memory of your loved one.
MAKE A DONATION
Please consider a donation as requested by the family.
MEMORIES & CONDOLENCES
Sponsored by the Clarion Ledger.
0 Entries
Be the first to post a memory or condolences.