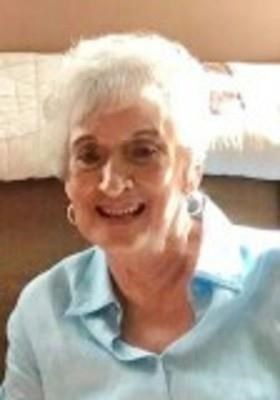 Dorothy Ann Stricklin Lee was born on January 14, 1932. Dot passed away on Tuesday, August 29, 2017. The visitation will be from 9:30 to 11:00 AM on Friday, September 1, with funeral services immediately after at Galloway United Methodist Church located at 305 North Congress Street, Jackson, MS. Dot was a native of Meehan Junction, MS, daughter of Roscoe and Annie Stricklin, and raised in Newton and Laurel.

Dot graduated from Laurel High School and attended Millsaps College. She taught kindergarten at Leavell Woods United Methodist Church. She also worked for BankAmericard, and for 30 years was an employee in the insurance industry. She was an active member of Galloway United Methodist Church, where she served as co-chair of the kitchen committee, was a member of the Ben Fatherree/Heritage Sunday School Class, and a member of both the Mary Martha Guild and the Church Library Committee.

She is preceded in death by her parents, brothers, Bob Stricklin and Tom Stricklin, and sisters, Gladys Waldrop and Frances Ong.

As the devoted wife of a Methodist minister, Dot lived in several locations in Mississippi and east Tennessee, and she worked diligently behind the scenes at each church they served. She is fondly remembered by family members as a loving matriarch known for her Thanksgiving dressing, her chocolate pies, and her headstrong opinions. She was well known among friends for the pecan pies she cooked and gave as Christmas gifts.


To plant trees in memory, please visit our Sympathy Store.
Published by Clarion Ledger from Aug. 31 to Sep. 1, 2017.
MEMORIAL EVENTS
Sep
1
Visitation
9:30a.m. - 11:00a.m.
Galloway United Methodist Church
305 North Congress Street, Jackson, MS
Sep
1
Funeral service
Galloway United Methodist Church
305 North Congress Street, Jackson, MS
MAKE A DONATION
MEMORIES & CONDOLENCES
Sponsored by the Clarion Ledger.
4 Entries
She was always a good and faithful servant. I will remember her (and Clay) for their steadfast ministry and good will to the people of the town during their time in Philadelphia.
My condolences to the family.
Richard
September 3, 2017
We were so sad to hear about Mrs. Dot. She was dearly loved and admired. We are remembering Bishop Lee and the family in prayer.
Lane and Scott Staines
September 1, 2017
Dear Bishop Lee and Family, Vivian and I have all of you in our love, heart and prayers.

The memories of the years we spent together in the Cabinet in Holston are among our most treasured possessions. Vivian loved and appreciated Dot''s friendship so much. You two were more than outstanding leaders, you were dear and trusted friends.

May God's comfort, presence and strength be with you today and in the future.
Fred and Vivian Austin
September 1, 2017
We are so sorry to hear about Dot. Please know that we are praying for your family. You are all so precious to us. May God give you strength and comfort during this time.
Hardy and Eileen McKie
August 31, 2017
Showing 1 - 4 of 4 results