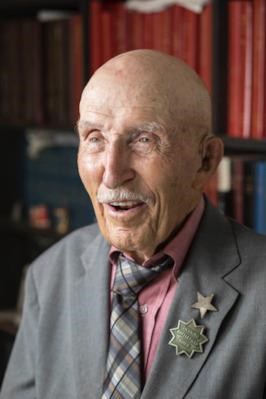 Richland - Edwin (Ed) Cole Bearss passed away on September 15, 2020, in Mississippi, where he had recently moved after living over 50 years in Arlington, Virginia.

Ed was born in Billings, Montana, on June 26, 1923, and grew up on his family's ranch on Sarpy Creek. At age 18, he joined the U.S. Marine Corps. On January 2, 1944, he was badly wounded in Cape Gloucester, New Britain. He spent two years convalescing in Navy hospitals. Using the GI Bill, Ed graduated from the foreign service program at Georgetown University in 1949 and obtained a master's in history from the University of Indiana in 1955.

Ed soon found his calling in the National Park Service. He was park historian at Vicksburg from 1955 to 1958 and then historian for the Southeast Region until 1966. In 1958, he married Margie Riddle, a schoolteacher whom Ed courted in an odd manner: on his second visit to Ms. Riddle, Ed brought her a cannonball!

While at Vicksburg, Ed was central to the discovery and raising of the USS Cairo, a Civil War ironclad sunk in the Yazoo River in December 1862. To help finance the recovery effort, Ed was a victorious contestant on "The $64,000 Challenge." The vessel now resides in the Vicksburg National Military Park.

In 1966, Ed joined other research historians at the headquarters of the National Park Service, responsible for historical sites of the 19th and 20th centuries, including the homes of Presidents Carter and Johnson. By 1981, Ed was named Chief Historian of the NPS, a position he held until 1994. While with NPS, he testified many times before Congress. He also served on the Civil War Sites Advisory Commission, established by Congress to guide it on priorities for battlefield preservation.

In 1990, Ed achieved national and lasting fame as one of the commentators in Ken Burns' movie The Civil War. By this time, too, Ed had established a new career as teacher, lecturer and tour guide, educating and leading literally thousands of people across battlefields of almost every American war. He continued leading tours until late 2019.

Ed leaves two extraordinary legacies. As a public historian, he is the author, editor or contributor of more than 25 books, 100 scholarly papers, countless NPS monographs and oral histories. As a preservationist, he is responsible for the creation, expansion, and restoration of historic battlefields, houses, and other sites integral to American history.

For his contributions to the field, Ed was recognized numerous times, including receiving honorary degrees from Lincoln College and Gettysburg College, the Distinguished Service Award from the Department of the Interior, the Wailes Award (the highest historical award from the State of Mississippi), and awards from various Civil War Round Tables. In 2005, the Smithsonian Institution named Ed as one of 35 people "who made a difference: to our world. The National Park Service Edwin C. Bearss Fellowship Award and the American Battlefield trust Edwin C. Bearss Lifetime Achievement Award were established in his honor. He is a Fellow of the Company of Military Historians and a lifetime Trustee of the American Battlefield Trust. At the time of his death, a bipartisan coalition of members of the U.S. Congress had been sponsoring a resolution to award Ed the Congressional Gold Medal.

In lieu of flowers, his family requests that gifts be made to the American Battlefield Trust for preservation projects in Mississippi. www.battlefields.org/remembering-ed-bearss.


Published by Clarion Ledger from Sep. 18 to Sep. 20, 2020.
To plant trees in memory, please visit the Sympathy Store.
MEMORIAL EVENTS
To offer your sympathy during this difficult time, you can now have memorial trees planted in a National Forest in memory of your loved one.
Funeral services provided by:
Baldwin-Lee Funeral Home
MAKE A DONATION
MEMORIES & CONDOLENCES
Sponsored by Baldwin-Lee Funeral Home.
11 Entries 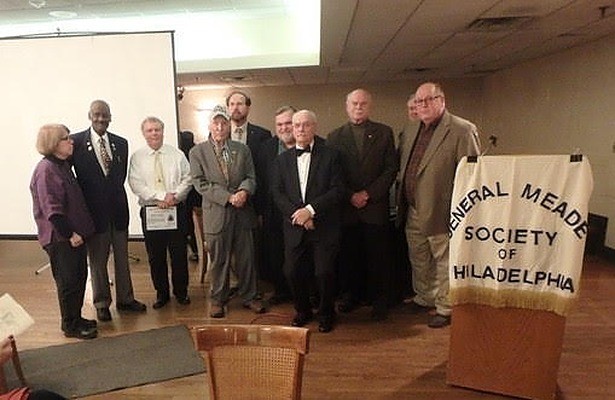 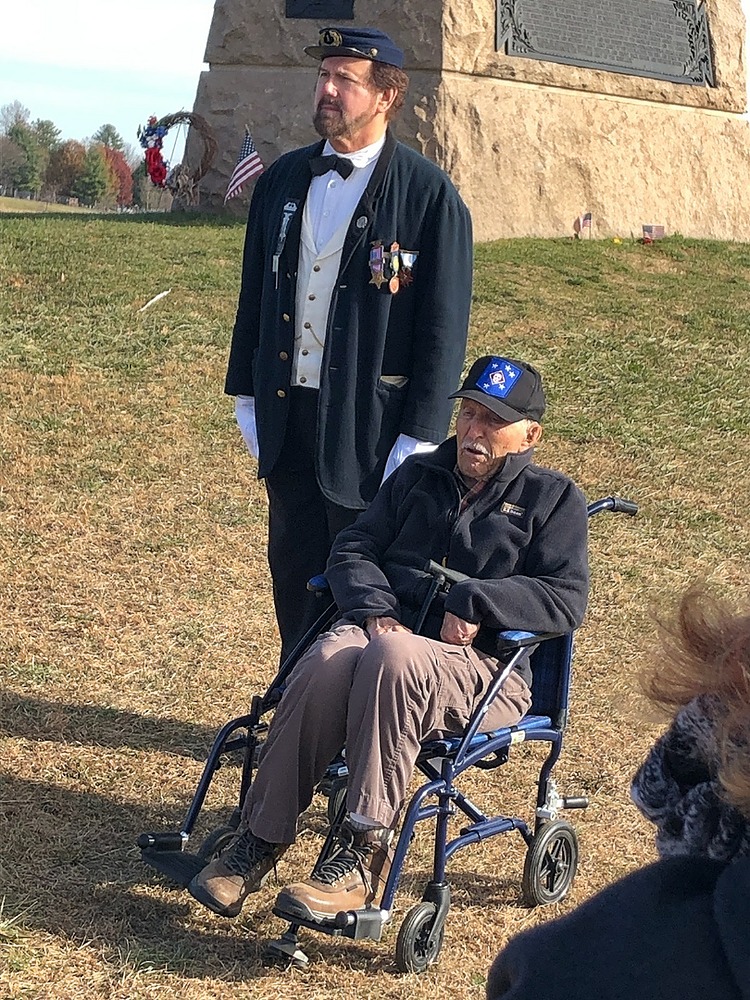 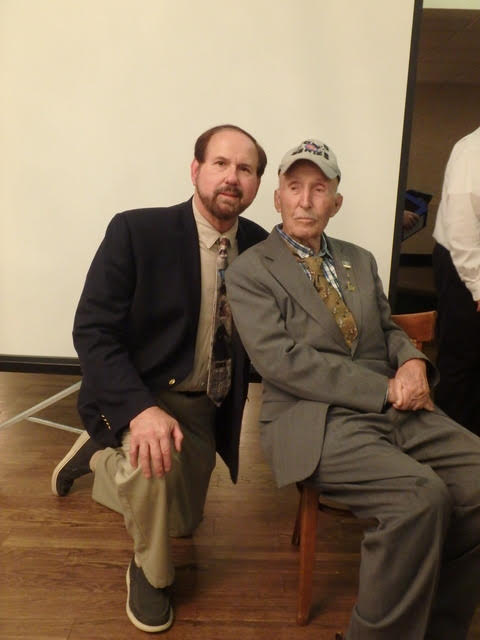 Anthony J Waskie
Friend
September 13, 2021
Dear All, With great sadness, we received the news that Ed Bearss had died at age 97. A GREAT man has passed to his reward! Our beloved friend, Ed Bearss had passed away to his glory at age 97. A terrible loss. Ed loved Philadelphia and came often as our guest to speak and/or receive awards. I had taken Ed to Laurel Hill Cemetery several times and he fell in love with the site and, of course, General Meade's grave, his favorite Union General. He was always a favorite of the General Meade Society and the Philadelphia Civil War community including the Union League. We will always mourn his loss. May his memory inspire us all to greater efforts to recall the past and learn from its lessons. Andy Waskie, president General Meade Society
Anthony J Waskie
Friend
September 13, 2021
Gettysburg - The 2nd of July, 1999; and hot as hell on the sunsoaked lawn of Greystone Bookstore on the Baltimore Pike. We were there for the main event; Edwin C Bearss. And that is exactly when everything changed. The sun suddenly disappeared, the sky grew dark and the heavens fired with fury. The rain came down sideways, while the wind flapped violently at the canopy overhead, threatening total collapse of our only protection from the extreme elements just a few feet away.

Back at the lecturn, Colonel Bearss was oblivious to the precarious conditions, rocking the podium side-to-side with all the fire & brimstone of a Southern Baptist preacher. Bearss barked out the gory carnage of Pickett's Charge over a backdrop of scrambling teamsters, struggling with rearing horses, who were loudly voicing their vehement protest to the swift & sudden storm.

Nevermind, said our fearless leader, Damn the Torpedoes - Full Speed Ahead! Bearss rocked and rolled his Civil War sermon at an audience of moon-eyed old men, each one reduced to boy scouts hearing ghost stories around a campfire. Spellbound seniors in all their glory. It was a scene I will never forget.

Rest in Peace, Edwin Cole Bearss. There will never be another one quite like you.
Scott Preston Hardy
Acquaintance
November 1, 2020
We extend the family and friends of Ed Bearss our deepest condolences and comfort at this time of trial.
A GREAT man has passed to his reward!
Our beloved friend, Ed Bearss has passed away to his glory at age 97.
A terrible loss.
Ed loved Philadelphia and came often as our guest to speak and/or to receive awards. I had taken Ed to Laurel Hill Cemetery several times and he fell in love with the site and, of course, General Meade's grave, his favorite Union General.
He was always a favorite of the General Meade Society and the Philadelphia Civil War community of Philadelphia including the Union League where he spoke on several occasions.
Ed served on the Board of Advisors of the GAR Museum & Library for many years and was a recipient of our highest awards for his mighty efforts in historic preservation and education.
I thanks Ed for his personal friendship, for writing a forward to my book and being a mentor over many years.
God bless him. He will be greatly missed, but never forgotten!
Andy Waskie, Ph.D.
GAR Museum
General Meade Society
Laurel Hill Cemetery
Union League of Philadelphia
Andy Waskie
Friend
October 7, 2020
When I was a student at our local community college in Monroe, Michigan I worked as a reporter on the school paper. The school hosted a Civil War Roundtable and a number of historians, including Ed Bearss, came to give presentations. As the only member of the newspaper staff with an interest in the Civil War I was picked to attend and cover the event.
At lunchtime I was sitting alone at a table in the cafeteria as I didn't know anyone else there at the event. I was also the youngest person in the room at 25 years of age, so it was also somewhat intimidating for me. Ed came up and sat down at the table with me and then called a couple of the other historians over as well. Over lunch they had some great discussions and they included me in all of it. I've never forgotten that and that was 32 years ago. I know he was a great historian, but to me he was just a really good guy.
Don Ayres
Acquaintance
September 22, 2020
Ed Bearss was extraordinary public servant, who richly contributed to the American experience. Back in July 1992, Ed led a congressional tour of Gettysburg, hosted by the Friends of Gettysburg National Parks, and I attended as a Senate staffer. Subsequently, Smithsonian tours gave me additional opportunities to learn from him. He was always generous with his time. My sympathy to his family, and thanks for sharing Ed’s exceptional life with so many others.
David Eugene Balducchi
Friend
September 22, 2020
Ed was a peerless historian. I had the great good fortune to go on tours led by him and to hear him speak.
Walter Dunn Tucker
Friend
September 20, 2020
We were fortunate to have this giant among historians with us. What a man! Ron Farmer
Ronald j Farmer
Student
September 19, 2020
Offering our deepest condolences during this difficult time.
The Staff of Baldwin-Lee Funeral Home
September 18, 2020
Showing 1 - 11 of 11 results