Dr. Glenn Allen McCrory, M.D. was born August 23, 1969 and was the son of the late Dr. Henry Allen McCrory, M.D. and Margaret Sue McCrory. A native of Jackson, Dr. McCrory received his Pre-Med Degree from Delta State University, earned his Medical Degree from the University of Mississippi and served his Residency in Obstetrics and Gynecology at Tulane University. Following in his father's footsteps, Dr. McCrory became an OBGYN Physician at Women's Health Associates in April 2002.

He was a member of Ridgecrest Baptist Church. He adored his family and spending time with them. He was also fan of basketball, he rooted for the University of North Carolina, his mother's home state, and Ole Miss. He enjoyed all sports, particularly N.A.S.C.A.R., and collecting memorabilia of all things sports related.

A service to celebrate his life will be 2:30pm Monday May 9, 2016 at Ridgecrest Baptist Church with visitation to begin at 12 noon. Interment will follow at Natchez Trace Memorial Park Cemetery.

In lieu of flowers memorials in his name may be made to Ridgecrest Baptist Church for a College Scholarship Fund.

Published by Clarion Ledger on May 8, 2016.
To plant trees in memory, please visit the Sympathy Store.
MEMORIAL EVENTS
May
9
Visitation
12:00p.m. - 2:30p.m.
Ridgecrest Baptist Church
MS
May
9
Celebration of Life
2:30p.m.
Ridgecrest Baptist Church
MS
May
9
Interment
Natchez Trace Memorial Park Cemetery
MS
Funeral services provided by:
Natchez Trace Funeral Home Cemetery & Crematory
MAKE A DONATION
MEMORIES & CONDOLENCES
Sponsored by Natchez Trace Funeral Home Cemetery & Crematory.
129 Entries
Dr. McCrory delivered my daughter. He made this terrifying and life changing experience easier than I could have ever hoped. He was caring and patient and it truly broke my heart to hear of his passing. Each follow up appt he would get on to me for not bringing him a picture of my daughter :). Continue resting and God bless his family.
Chantal W.
October 9, 2020 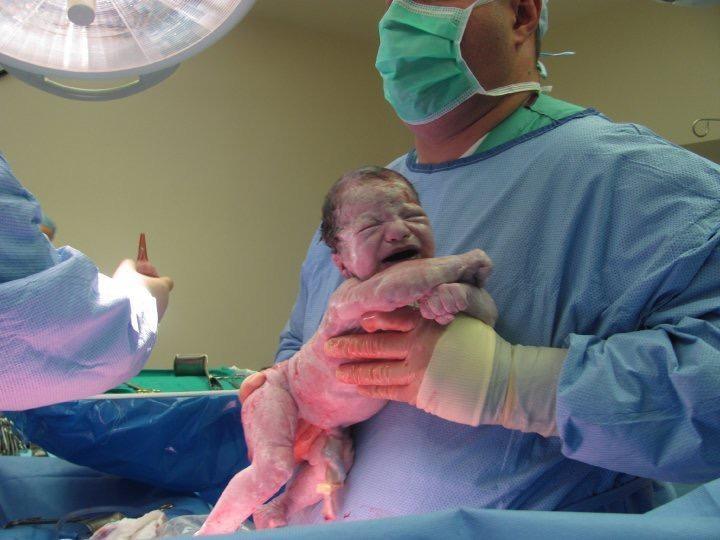 Karmen Howard
January 13, 2020
Sylvia Davis
December 12, 2016
He was my doctor of my second baby.. I am very shocked as just found out he passed away!!! Will always missed u, Dr McCroy!!
Venus Gamblin
October 13, 2016
I'm so saddened by this news,had no idea he passed away.. He's delivered 3 of my four children and was looking him up for my friend and just discovered this terrible news... My prayers go out to his wife and children... You were an amazing man in every way..May your soul rest in peace Dr.McCrory
Kimberly Phillips
August 15, 2016
I will truly miss Dr. McCrory has my doctor and a friend. I thank God for blessing me with a caring and helpful OBGYN. I have never had one who could remember you and your work life once a year that you are seen by them.
Mechelle Nichols
July 26, 2016
Words cannot express the sadness I feel right now, my heartfelt condolences to his entire family. What an awesome Man & doctor. I will truly miss him.
Michelle Pelison
July 11, 2016
Annie Thedford
June 15, 2016
So sorry to hear about his passing. He was an outstanding doctor
Teresa Gray
June 6, 2016
Dr. McCrory has been my doctor for 13 years. He was a wonderful doctor and friend. He delivered 4 of my 5 children. I loved him as my doctor and also as a friend that cared deeply for his patients. He treated everyone as family and not a patient. I am heartbroken and deeply saddened by his passing. He was a wonderful person who will be truly missed.
Cheryl Benson
June 2, 2016
Dr. McCrory was recommended to me by two other mothers. From the moment I met him, I felt like I had been knowing him for years. He was the doctor for my last two children and I ABSOLUTELY LOVED HIM! He was not just a doctor, he was a friend and cared DEEPLY about his patients and the children he delivered. I felt a deep sadness when I heard the news and I felt even worse for his wife and children. We have lost a GREAT OB/GYN. Rest peacefully Dr. McCrory and you will be TRULY missed!
Syreeta Baldwin
June 1, 2016
I was informed of his passing with a reminder of my annual... I was floored! Pain is not what I felt, a deep deep sadness over took me. Dr. McCrory was a friend, not just a doctor! I did not know all his personal life, but I felt his heart every time my husband and I was in his presence! He saved my daughter's life! Emergency C-section was needed and I wanted to push, but Dr. McCrory pleaded with me to ok the seciton for he feared she didn't have much time. She didn't, her umbilicle cord was wrapped TWICE around her tiny neck, she WAS BLUE! He had the love of GOD in his hear. Rest WELL Dr. McCrory, your job was to be a great father, provider, husband, friend, uncle, son and to get my daughter here safe and sound! Love the LUCKETTS!
Meghan Luckett
May 26, 2016
I was deeply saddened by the news. Dr. McCrory was a light. I pray for his family. May God's covering be over them always.
YaYa McGee
May 23, 2016
Omg this was my dr may your soul RIH SUCH A GREAT GUY.....
Purshiva Hawkins
May 20, 2016
Dr. McCrory was truly one of the most gentle and loving souls I've ever known. My daughter was born in 2001. He became my doctor in 2003, after my family and I moved back home. He was right there with me during my pregnancy with my son in 2011. In fact, he was as happy as we were to find out we were having a boy! He gave the best hugs and the best laughs. This man will truly be missed. My condolences to his wife and babies. God be with them and comfort them right now...
Omikka Cummings
May 14, 2016
Dr McCrory was my daughter's doctor. We met him in 2003. He delivered 3 out of my four grandchildren. He was the sweetest man. We loved him! He was more than a good physician. He was a great man. He will be missed by many.
Pat Jones
May 13, 2016
Michelle I am so sorry for yalls loss.. you and your sweet sweet family are in my thoughts and prayers.. love you..
Wendy Summers
May 13, 2016 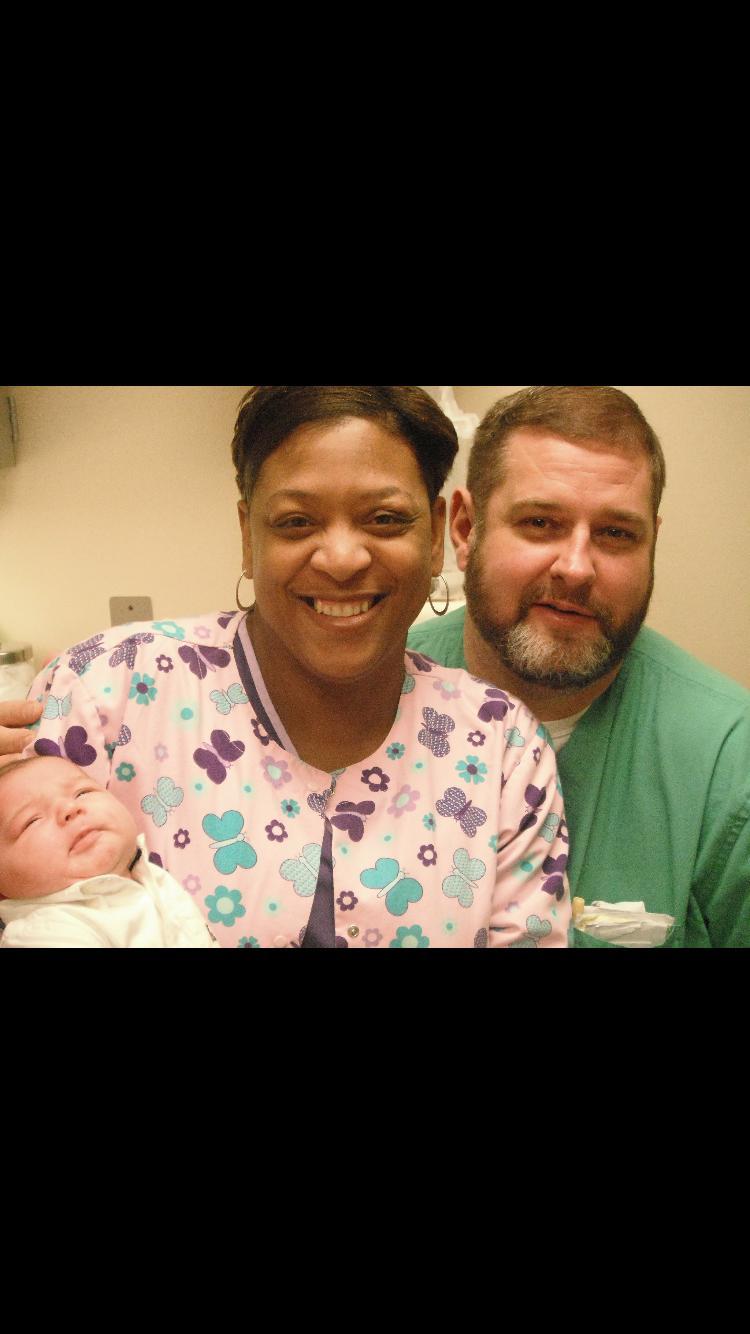 Theresa Harthcock
May 12, 2016
WHAT A WONDERFUL DOCTOR, BUT MORE SO A WONDERFUL MAN. MAY GOD BE WITH HIS FAMILY AND CLOTHE THEM WITH HIS LOVING ARMS. HE WILL NEVER BE FORGOTTEN.
W. KIRKWOOD
May 12, 2016
Dr. McCrory was such a sweet and kind person. He was my Dr for many years. There will never be another Dr. McCrory!
K. W.
May 12, 2016 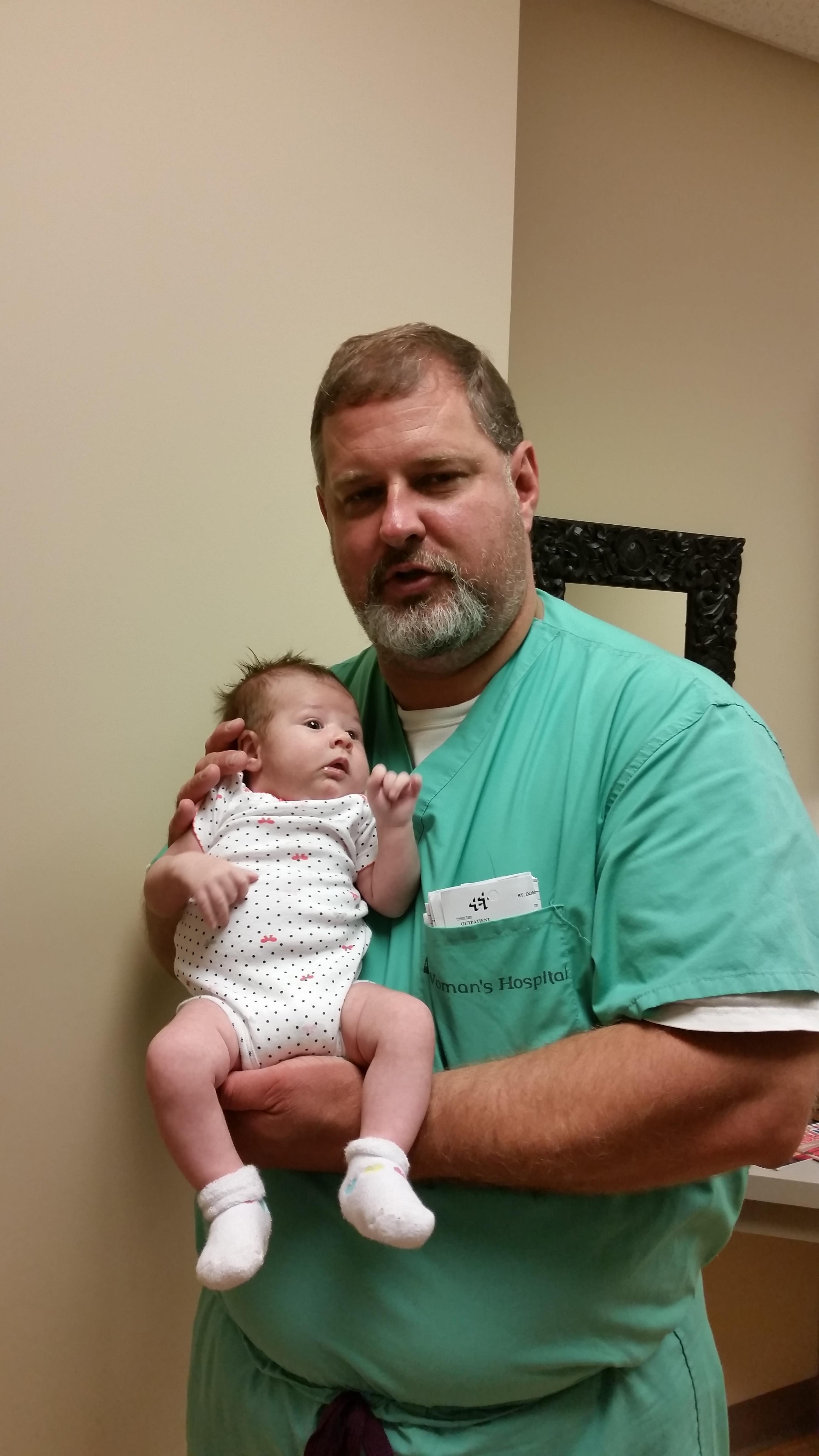 Amanda Cox
May 11, 2016
He was a wonderful man and Dr. He was my Dr. For about ten years. I lost my baby and he cried with me he told me I know how it fell me and my wife been though this so if you need me to I will have the nurse cancel some of my appointment and I'll stay right here and cry with you. Then I got pregnant again and he did everything he could for me and my baby. I will truly miss him as my Dr.
Tywonna Ragsdale/Griffin
May 11, 2016
Dr. McCrory was such a caring doctor. I absolutely would have continued to be his patient had I not moved out of state, and always referred people to see him because not only was he a great doctor, but he was a people person too. My deepest condolences to his wife and children whom he often talked about.
April Dortch
May 11, 2016
Dr. McCrory was a great doctor, who had a kind, gentle and loving heart. He cared a lot about his patients and his family. I just find it so hard to believe that he no longer with us. He delivered my twin babies last year. He will be truly missed but never forgotten in me and my family hearts. May God comfort your family in their time of sorrow.

Danielle Fair & Family
May 11, 2016
I am sorry sorry that Dr Mccrory has passed. He delivered my oldest child in 2005, he treated us very well there as well. Shes 11 now and she was very upset to hear this as well. God Bless him and his families lost. You all will be in our PRAYERS...