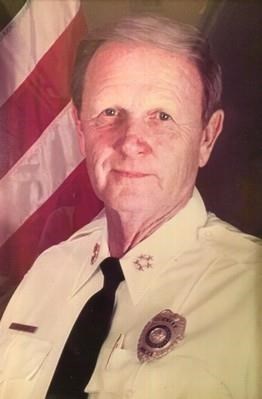 James Louis Black, 89, went to be with the Lord on Tuesday, June 14, 2016, at his home in Madison surrounded by his family. He was born on February 21, 1927 in Ethel, MS to Noble Felix and Annie Watts Black. His father was a sharecropper and, as a child, he and his five siblings worked alongside their parents in the cotton fields of Attala County.

In addition to his parents, he was preceded in death by first wife, Edna Mae Black; and his sister, Myrtis Morris.

In 1944, inspired by his big brother, W. P., who had enlisted in the Army, Jim answered his country's call of duty and enlisted in the Navy when he was only 17 years old. He served as a coxswain and gunner, stationed on the USS Conner (DD-582) in the South Pacific, and was honorably discharged on December 15, 1947.

He was a member of the Wahabi Shrine Motorcorp Heavy Weight Unit for many years. He was also a Mason, rising to the Sublime Degree of Master Mason in 2012 in recognition of 60 years of service.

His grandchildren, great grandchildren and many others lovingly knew him as "Papaw". His love for his family was unending and he enjoyed every opportunity to spend time with them. He was the epitome of a family man.

Visitation will be held from 4:30 pm to 7:00 pm Thursday, June 16, 2016 at Parkway Funeral Home in Ridgeland. On Friday, June 17, 2016, there will be remembrances at 10:45 am, followed by the funeral service at 11:00 am at St. James' Episcopal Church in Jackson. Burial will follow at Parkway Memorial Cemetery in Ridgeland.

Donations may be made in his memory to St. James' Episcopal Church, 3921 Oakridge Drive, Jackson, MS 39216.

To plant trees in memory, please visit our Sympathy Store.
Published by Clarion Ledger from Jun. 15 to Jun. 17, 2016.
MEMORIAL EVENTS
Jun
16
Visitation
4:30p.m. - 7:00p.m.
Parkway Funeral Home and Memorial Park
1161 Highland Colony Pkwy, Ridgeland, MS
Jun
17
Funeral service
11:00a.m.
St. James’ Episcopal Church
, Jackson, MS
Funeral services provided by:
Parkway Funeral Home and Memorial Park
MAKE A DONATION
MEMORIES & CONDOLENCES
Sponsored by Parkway Funeral Home and Memorial Park.
32 Entries
I knew James when I was growing up in Ethel, MS.(born Oct 1926).....we were classmates through out our school years.....it makes my heart happy to read the wonderful tributes being paid to him. James and J. B. were such good friends of my brother, Robert Breazeale, sister Jewell, and me. I so regret that our paths did not cross after our school and WWll years.........I'm so very proud of him and his accomplishments! Clara Breazeale Childress
September 19, 2019
Jim was an amazing man! He was loved by so many people. My family loved Jim, Paulette, and the children and Grandchildren!
Karen Denham
June 9, 2019
I just saw this. So sorry to hear of Jim's passing, my condolences to paulett and family. A beautiful man so many loved. I valued his friendship so much. Janie (Freida) Bryant Huntington Beach, Ca.
January 27, 2017
Sorry to hear of Chief Black's passing. I remember him well when he went on a trip that I drove to Washington when his son was in the 5th grade. He was a fine man. Mr. B
Leslie Bairfield
June 25, 2016
Paulette and Noble:

You have my deepest condolences. I saw Jim last year at the dentist office. He said "be sure to call Paulette and come visit us." Sorry, I haven't done that. In the days to come, reflect on the wonderful memories you and Jim shared and always lean on God for strength, (a God of tender mercies and the one who can give you the power beyond what is normal to endure) . 2 Cor. 1:2-4.
Rose Jones
June 22, 2016
Dear Paulette and Noble, so deeply sorry to hear of Jim's death. He was an incredible man who loved life, his beautiful family and children. Please know that you are in my thoughts and prayers. I was very blessed to have know Jim!
Karen Denham
June 21, 2016
So sorry for your loss.
James Petermann
June 19, 2016
Jane, Gary and family, I am so sorry about your loss. Praying for you in this time of sorrow.
Paula Smith
June 18, 2016
As a friend of Michael and Coni I am thinking of your family this day and wish you all well, peace, comfort and God's blessings on you.
Judith Swift
June 17, 2016
I am thinking of you.
Becky Merz
June 17, 2016
Paulette

When I arrived at the funeral home last night the crowd was amazing. That just shows how many friends Chief Black had. He was a very lucky man to have a wonderful wife like you. We had many good, fun times when he worked with us in Madison. He loved his "spy car". He loved going to New York and staying with Noble in "his tiny apartment where I took over his bedroom and he slept on the couch." We will miss him terribly and I am proud to say that he was my friend. Please keep in touch with us and we will do the same. God Bless.
George Ellmore
June 17, 2016
Michael Chandler
June 17, 2016
What a wonderful man. He has been so special to so many. Prayers for the family. Rest in peace.
Pat Càrgile
June 16, 2016
Paulette and Noble,
I am so sorry to hear of Jim's passing. I remember him coming to take you to lunch many, many times while you were here at Brunini. I always thought what a kind, thoughtful man he was - and hilarious! Anybody that ever met him knew he had a wonderful sense of humor right away! Hopefully it won't be too long before you can laugh about some of those memories. May God give you both peace and comfort during this time. Love you both!!
Pam Anderson
June 16, 2016
Paulette,
You and your family are in my heart, thoughts and prayers during this difficult time.
Conni Su Herrington
June 16, 2016
Dear Noble, Reed and I send our sincere condolences to you and all your family. Your dad sounds like a wonderful man. We are sorry for your great loss.
Adrienne
June 16, 2016
Barbara Jones
June 16, 2016
Our prayers and thoughts are with you.
Mary Jo and Tony Engels
June 16, 2016
I am so sorry Paulette, it's been a long time since I have seen you, I am so sorry for your lost. Marsha Stewart Bates
Marsha
June 15, 2016
Paul Edwards
June 15, 2016
Paulette, I am so sorry. Please know you are in my thoughts and prayers.
Dana Koerner
June 15, 2016
My first summer job as a 17 year old was in the Detective Bureau of the Jackson Police Dept. Mr. Black was so nice to me and quite a prankster. He really helped me enjoy my time there. I send prayers to all his family and friends. I know he will be missed.
Ann Barbour
June 15, 2016
I am so sorry to hear about the passing of Mr. Black. He was a precious soul. I thought the world of him. I truly hold him dear to my heart as I do Mrs. Paulette, Noble and Jene. All of Mr. Black's family is in my prayers. May God give you His peace that passes all understanding.

Much Love,
Melanie Dickson Manning
June 15, 2016
My dad, Jack Nichols, was his partner for a while. I remember him coming to have lunch at our home with Daddy on many occasions. My deepest sympathy to his family for his loss.
Jackie Nichols Chamberlain
June 15, 2016
Paulette, so very sorry to hear of Jim's passing. He was a good man. God Bless and Keep you and Hold you in His arms of comfort and peace. Carol Daniel
Carol Daniel
June 15, 2016
Prayers for Jim's family. He will be greatly missed. Will miss my friend.
Mary Hamilton-Henson
June 15, 2016
Jim, I salute you. You were a wonderful person, admired by many. Job well done. Rest in peace.
Frederick Matthes
June 15, 2016
Best Police Chief ever! He and Mayor Danks were so diligent, intelligent, yet down to earth..RIP sir, you deserve a well earned rest. Go with God.
Anita Wilson
June 15, 2016
Paulette so sorry to read of Jim's death keep his memories alive and he will always be with you. We shall remember him as members of Woodbille Heights
Joe and Pat Rutledge
June 15, 2016
I know him as Uncle James. The man had the greatest attitude of anyone I have ever known. He followed my baseball career nearly as close as my own mother and father. He and Paulette traveled to Longview, TX back in the early 70's to watch me in an American Legion tournament. This is just one of the fond memories I have of him. There are many more. He loved his family and he loved life. Uncle James, you will be missed.
John Lee
June 15, 2016
So sorry to hear about Jim. He was a wonderful man.
Donna Hearn Flint
June 15, 2016
Offering our deepest condolences during this difficult time.
The Staff of Parkway Funeral Home
June 14, 2016
Showing 1 - 32 of 32 results