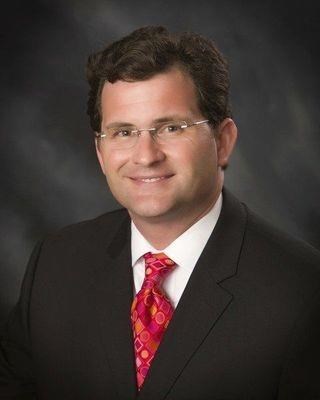 Services for Justin Miller Cobb will be held Tuesday, September 12, 2017, at First Baptist Church in Meridian, Mississippi. Friends and family are invited to attend visitation at 9:00 a.m. and the funeral immediately following at 10:30 a.m. Burial will take place at Forest Lawn Memory Gardens for family only.

Justin Cobb passed away unexpectedly on September 9, 2017, his forty-third birthday. He was born in Meridian, Mississippi, to Leonard and Betsy Cobb. Justin graduated from Meridian High School in 1993, where he took pride in playing football as a beloved Wildcat. He wore the number "35" on his jersey and incorporated it into his cell phone number that he used for the rest of his life. Justin attained the rank of Eagle Scout in his early teens, and he wanted his boys to continue that tradition. His son Houston is already on his way as a member of a Boy Scout troop. Justin earned his nickname, "Mudcat," in junior high. One morning, Justin walked into middle school covered in mud as a result of avoiding all sidewalks in the rain. He left a trail of mud wherever he stepped, including the back of any chair he propped his feet on. His friends called him "Mudcat," and the name stuck.

Justin began his undergraduate studies at Mississippi State University in the fall of 1993. While attending MSU, he was a member of Sigma Chi fraternity where he served as Pledge Class President, Rush Chairman, Pro Consul, and a member of the Sigma Chi ethics committee. While in college, Justin completed two internships in Washington, D.C., one with Senator Trent Lott and the other with Congressman Chip Pickering before graduating with a Bachelor's Degree in Business and a minor in Transportation. He was elected Mr. Mississippi State University in 1996. Justin then obtained his Juris Doctor Degree from the University of Mississippi in 2001 and began practicing law with his father at Cobb Law Firm in Meridian. He married the love of his life, Holli Houston Cobb, on June ninth of that same year. Justin then decided he wanted to enter the political arena. He was elected Lauderdale County Prosecuting Attorney in 2003 and was re-elected in 2007, 2011, and 2015. He was then appointed by Governor Phil Bryant as the Tenth Circuit District Court Judge on June 30, 2015. He ran unopposed in the 2016 general election and served as Circuit Court Judge until his death.

An active citizen in the community, Justin was a current Chairman of the Board for Miller Transporters and a member of the Mississippi Bar Association. He had also served as a member of the Optimist's Club, Board of Directors for the local Boys and Girls Club, on the board for the Center for Pregnancy Choices, and as vice president and president of the Lauderdale County Bar Association.

What was most important to Justin was his family. He was an adoring husband and a loving father to his two sons, Houston and Witten. He loved nothing more than supporting, cheering, defending, coaching, teaching, and guiding them through example. Justin showed his children, friends, and all who knew him what love in action looks like. He was the first to volunteer, the first to step up, the one that stuck to his word, and offered support, prayers, and love to anybody in need.

Some of Justin's other interests included his love of ethics, which was ingrained in him at an early age. He was a man of integrity. He believed in following the rules and that the rules apply to all. For example, as a college student he issued one of his best friends a three-month suspension from their fraternity for violating a rule. He was later known for not helping his two campaign managers and closest pals out of speeding tickets. His fairness demanded respect and his kindness while upholding the law, allowed people to love him despite his strict ways. All three men are serving as pallbearers. Justin also loved Mississippi State football (well, only until the fourth quarter when he would often leave early, as he disliked lines and preferred an early bedtime). He loved taking his family on trips and taking his boys camping regularly. He had an eye for noticing if one blade of grass was out of line or if anyone had parked too close to his immaculate lawn. Justin had a talent for boiling peanuts, which were a hit with friends. He and Holli hosted annual peanut boils to get the supply ready for the upcoming football season.

Justin was an active member of First Baptist Church where he served as a deacon, Royal Ambassador leader, and substitute Sunday School teacher. Justin loved Jesus. His faith was an important part of his life and legacy. While Justin was an accomplished man, his most significant accomplishment was the Christian way he lived his daily life as a devoted husband, father, son, brother, friend, and citizen.


Published by Clarion Ledger on Sep. 12, 2017.
To plant trees in memory, please visit the Sympathy Store.
MEMORIAL EVENTS
Sep
12
Visitation
9:00a.m.
First Baptist Church
Meridian, MS
Sep
12
Funeral service
10:30a.m.
First Baptist Church
Meridian, MS
Funeral services provided by:
Robert Barham Family Funeral Home
MAKE A DONATION
MEMORIES & CONDOLENCES
Sponsored by Robert Barham Family Funeral Home.
6 Entries
May God bless you and your family in this time of sorrow.
October 12, 2017
Justin, you were a great success story and an inspiration for young lawyers. My prayers are with your family. You left a legacy for your children. Shanda Lewis
Shanda Lewis
September 30, 2017
My thoughts and prayers are with you! I went to school with Justin since elementary and always thought of him as a real first class individual.
Mary Grace Banks
September 12, 2017
To the Cobb Family - Please know our prayers are with you during this time of loss. May you find comfort in the Lord to heal your broken hearts.
Thomas and Melinda Spiller
September 12, 2017
We are so sorry for your loss, Our thoughts and prayers are with the Cobb family.
Chris and Kristen Fulton
September 12, 2017
May you find comfort from God
September 12, 2017
Showing 1 - 6 of 6 results