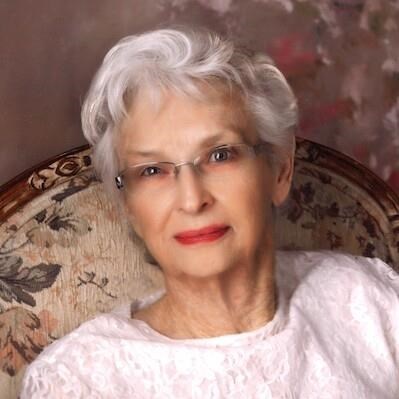 On December 18, 1943 Evelyn married Bernard L. Brown in Brandon, MS. They were married 57 years until his death in December 2000. Evelyn passed away peacefully in her sleep on her 77th wedding anniversary.

Evelyn was a homemaker who raised four children and loved her family, dogs, and many friends. Throughout her life she enjoyed gardening, cooking, sewing, reading, antiquing and family trips to the beach. She always had a desire to become a nurse and in 1963 she attended a nursing program at UMC. Evelyn was a nurse at Hinds General for the next 12 years. A member of the former St. John's Methodist Church in Clinton, MS, Evelyn and her husband were very active in church activities throughout the years. She resided in Clinton, MS for 53 years before moving to Flowood with her daughter and son-in-law in 2014.

She was preceded in death by her parents Marie and Grady Ainsworth; husband Bernard L. Brown and granddaughter, Lauren Suzanne Brown.

A beloved daughter, wife, mother, nurse, grandmother, great-grandmother (Mama Coco) and friend; she will be missed and never forgotten.

The family will receive friends on Monday, December 21, 2020 from 11:00am - 12:30pm at Wright and Ferguson Funeral Home in Clinton. Graveside services will follow at 1pm at Lakewood Memorial Park.