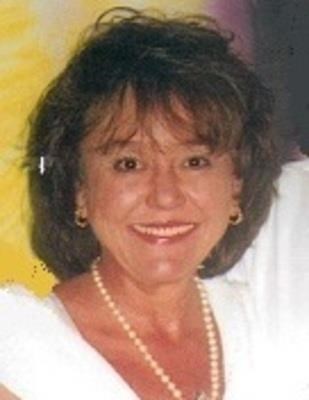 Missy considered herself as having lived a life filled with marvels. She was an excellent friend, an even better mother, and found great delight in cultivating wonder with her children. She had an extreme distaste for thistle, boarding school, and bad manners. In turn, she loved the Southwest desert, hand-crafted chocolates, the Okavango Delta, poaching turkeys on Missy's Choice, the Panama Limited, MSU Bulldogs, Indigo Buntings, Hoppe's No.9, Uganda, vodka and Ossetra caviar, the aroma of new books, and Native American art.

After her father (Fred) died when she was 18, she continued to live in Gloster with her mother (Polly), with a great deal of help from Rosie Dixon, Mandy Roberts, Edna Bates, and Bee and Newt Terrell. She was the second of four children, with three siblings (Mary Petty, David Douglas, and Fred.) After finishing Mississippi State as their first woman forester, she became Executive Director of the Mississippi Wildlife Federation, the first woman nationwide to hold the position. She led the first test case of the Endangered Species Act in 1973 that ended in the supreme court, with the MWF winning the case. Her expertise in conservation led her back to the dirt and the earth. She acquired a farm in Amite County near the land on which she was reared and created a piece of paradise.

She completely enjoyed her life: from mother, to farmer, to gardener, to her treks to Zimbabwe, Rwanda, Botswana twice, South Africa three times, and Uganda six times, seeking knowledge of the natural world. She strove to be a vehicle for change, speaking up for the voiceless, and seeking social justice. She first established a homeless shelter and soup kitchen in Monroe, and later helped create sponsorship for Mustard Seed Babies' Home in Uganda, adopting three of the children: John Guest, Francis, and Steven.

She studied for the Episcopal diaconate in the Diocese of Western Louisiana and was ordinated as vocational deacon in June 2005. Having finished four units of Clinical Pastoral Education, she served as chaplain for Hospice of Monroe, carrying her unfailing faith into the presence of the dying. Perhaps her greatest contribution lay in the art of listening, no matter the speaker's skin color or social status.

Polly married Gerald Robertson, M.D. of Monroe, and they had two much-beloved daughters Drake Hawkins Anderson Robertson and Polly Douglas Anderson Ball. During the later years of Polly's life, her grandchildren, Anna, London, James, Addy, and Charlotte, were the primary focus of her attention and the delights of her heart. Among those whom she loved best were her son-in-law, Johnny Lane Ball, and Bramlette, Keeton, Cassie, F.A., and Christine, her nieces and nephews. Among those who loved her best were Dan Boyce, Joe Files, and David Schaffer.

One month before her death, as a final voyage on this earth, she took both daughters and all five grandchildren on a ship, to experience Caribbean blue.

Her memorial service will be on Saturday, March 7th., at 1:00 p.m. at Mediator Episcopal Church, McComb, Mississippi. Instead of sending flowers, the family asks that you contribute to the Stand in a Gap Orphanage through Mediator Episcopal Church or to the Polly Anderson Memorial Scholarship at Mississippi State University, in care of Jeff Little.


Published by Clarion Ledger from Mar. 3 to Mar. 4, 2020.
To plant trees in memory, please visit the Sympathy Store.
MEMORIAL EVENTS
Mar
7
Memorial service
1:00p.m.
Mediator Episcopal Church
McComb, MS
Funeral services provided by:
Hartman - Jones Funeral Home - McComb
MAKE A DONATION
MEMORIES & CONDOLENCES
Sponsored by Hartman - Jones Funeral Home - McComb.
7 Entries
With sincere condolences. May the God of comfort give you peace in this difficult time.
March 7, 2020
She and I farmed together back in the 70's.
she was my Daughter's God Mother, I thought about her often after she moved to Louisiana. I guess she has now found out whether or not Gobblers have Souls !! She will always live in a piece of my heart !!
Ed McIntyre
March 6, 2020
You're memorable. Enjoyed working with you at our mission trip in Africa, dozen or so years ago.
Angie M
March 6, 2020
I worked for Dr. Robertson and when I first met her I was in awe. Never saw such a confident, loving, kind person as she was. Fond memories of her & the girls. Beautiful person
Jane smith
March 4, 2020
My deepest sympathies. May the God of all comfort strengthen the entire family during this time of sorrow. Always remember that God keeps in his memory those whom we lose because they are precious in his eyes. (Psalms 116:15)
S Chambers
March 4, 2020
Sending prayers to the family. Sorry for your lost. God bless each one.
Hilda Lofton
March 4, 2020
Though we lost contact with one another over the years, I still think of all the trouble we created and fun times we shared as next-door neighbors in Gloster. May God give your family peace and grace throughout their mourning and saying goodbye.
Lynda Gail Hulsey Butler
March 3, 2020
Showing 1 - 7 of 7 results