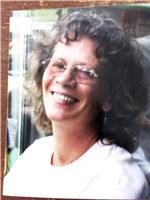 BORN
1947
DIED
2019
Kristan Lynne McCully of Silver Plume passed away on Jan. 3, 2019, after a six-year battle with endometrial cancer. She was born to Robert and Bette McCully on July 6, 1947, in San Antonio, Texas.
Kristan was raised in a military family and lived in several states during her childhood, including Texas, Florida, Hawaii and Nebraska. She attended the Universities of Missouri and Texas before becoming a flight attendant for Braniff Airlines.
After 20 years and two Braniff shutdowns, she decided to end her airline career, and in 1990, took on the management of the K.P. Café in Silver Plume.
She was a positive force in Silver Plume, a shining light, participating actively in the lives of the children who grew up there. She served them sweets and provided many of them with their first jobs behind the counter. She served the Silver Plume community as a Town Board member and on the Cemetery Committee.
She was passionate about the environment and the state of the world, and her family and friends. Kris loved animals, especially horses, and expressed her passion for music by singing lyrical soprano with the Plume Singers and strumming away on her mandolin with the Pelican Divas.
Kris and her husband of 28 years, Ted, also bought a home in Mason, Texas, to be closer to Kris' family, where they renovated a pioneer rock home and found a wonderful community of loving friends.
Kris is survived by her husband, Ted Parker; brother Robert McCully and his children Robert Jr., Andy and Mathew; sister Kerry McCully and her husband Eddie Cleede and their children Evan and Adam; stepdaughter Katherine and her husband Guillermo and their children Giuliana, Brenda and Glenda Carballo; and her niece Rachel and her husband Jeromy Hanson and grandnieces Mary and Molly; and many dear friends.
Published by Clear Creek Courant from Jan. 23 to Feb. 13, 2019.
To plant trees in memory, please visit the Sympathy Store.
MEMORIAL EVENTS
To offer your sympathy during this difficult time, you can now have memorial trees planted in a National Forest in memory of your loved one.
MAKE A DONATION
MEMORIES & CONDOLENCES
6 Entries
May God bless you and your family in this time of sorrow.Jeremiah 29:11,12.

B.A.
February 20, 2019
May you find comfort from your memories and may God grant you peace and strength to endure the pain in your broken hearts. (Psalm 147:3)
February 11, 2019
As you remember your beloved wife Kris, may our Father the God of peace give you comfort and peace in every way today, tomorrow, and always. Please accept my sincere condolences. Psalms 94:18-19
MJH
February 11, 2019
Condolences to the family members. Sorry to hear of Kris' death.
Marie
February 1, 2019
My condolences to the family on the loss of your loved one. May the God of all comfort be with you during your time of sorrow. (Psalm 145:19)
January 23, 2019
I am very sorry to hear of the loss of your loved one. God promises that the day will come when those who have been asleep in death will live again John 17:3. May the hope of everlasting life sustain and comfort you during this difficult time.
January 22, 2019
Showing 1 - 6 of 6 results