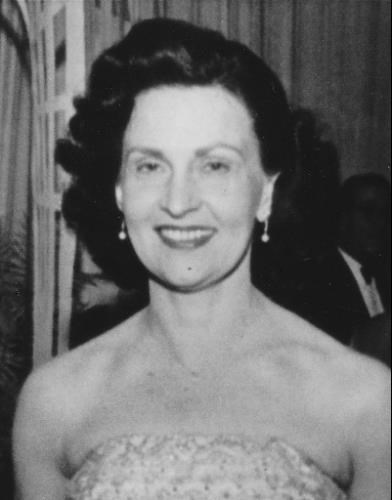 BORN
1921
DIED
2017
FUNERAL HOME
BROWN FORWARD INC
17022 CHAGRIN BLVD
Shaker Heights, OH 44120
was born January 4, 1921 in Cleveland, OH. She was the daughter of the late Sonia (nee Lanik) and James Humel. Dorothy was married to the late Dr. Frank Hovorka, who died in 1986. She was predeceased by her brothers James L. Humel in 1980 and Edward F. Humel in 2011. Dorothy is survived by James B. Humel, her nephew, and Cynthia H. Mowery and Cecily A. Foley, her nieces and several grand nieces and grand nephews. Mrs. Hovorka served as Secretary, Treasurer and Director of the family company, Humel Construction, for four decades. Dorothy is a 1938 graduate of Shaker Heights High School and later established the Dorothy Humel Hovorka Award with the Shaker Schools Foundation. This award is given to the African American student with the highest grade point average in the junior class. Beginning at age eighteen Dorothy studied piano with the brother and sister team of Jose and Amparro Iturbi for six years. Her solo debut with the Cleveland Orchestra playing Tchaikovsky piano concerto was in 1949. Her last solo appearance was in 1959. Mrs. Hovorka's interest in the Cleveland Orchestra continued for decades as she served as Women's Committee President from 1959-1961 putting together the first fashion show in 1960. She served as a member of the building committee for Blossom Music Center and helped create the pre-concert lecture series. She was elected to the board of the Musical Arts Association in 1961 and later became a Vice President. On November 17, 2009 she was elected Honorary for Life Trustee of the Musical Arts Association. She often traveled with the Orchestra. She was a lifelong avid traveler, visiting 118 countries and the North Pole. She was involved with Case Western Reserve University since 1977 as a trustee and served as co-chairman of its Futures Council 1979-1984. From 1986-1988 she was board chairman of the Michelson-Morley Centennial Celebration. In 1987 she was given CWRU's highest honor, The University Medal. In 2009 she received an honorary doctorate of humane letters. In addition to the Orchestra and CWRU she was involved with many organizations, including University Circle, Inc., the Cleveland Museum of Art, the Cleveland Music School Settlement, the Cleveland Summer Arts Festival, the Lake Erie Opera Theater, the Cleveland Women's Orchestra, the Cleveland Institute of Music, the Robert Casadesus International Piano Competition, and the Women's City Club Foundation. Contributions in her memory may be made to The Musical Arts Association (The Cleveland Orchestra), 11001 Euclid Avenue, Cleveland, OH 44106. Arrangements by Brown-Forward. Services were private. For further information and to sign the guestbook, please log online to:

To plant trees in memory, please visit our Sympathy Store.
Published by The Plain Dealer from Dec. 29, 2017 to Jan. 7, 2018.
MEMORIAL EVENTS
No memorial events are currently scheduled.
To offer your sympathy during this difficult time, you can now have memorial trees planted in a National Forest in memory of your loved one.
Funeral services provided by:
BROWN FORWARD INC
MEMORIES & CONDOLENCES
Sponsored by The Family.
13 Entries
Cleveland, and all of its cultural treasures, grieve the loss of this remarkable renaissance woman, visionary and philanthropist. To her family members, please accept my deepest condolences on the loss of such a truly great lady. May you find comfort in knowing that she lived every moment to the fullest and the Cleveland community is so much greater for her steadfast devotion. She knew how to bring out the best in others...she challenged us regularly to rise above what we dreamed possible and inspired us to be more than the sum of our parts. She understood the precepts that made Cleveland, and its Orchestra, truly great. I regularly marveled at how she could recite decades of historical moments from memory and bring them alive in the minds of her friends and colleagues. We were all better people for having known her. It was my distinct pleasure to work with her during my years at The Cleveland Orchestra (1987-2002) in the Development Department and as Volunteer Coordinator. I will forever treasure her wisdom, advice and friendship.
Amy L. Cline
February 23, 2018
Deepest condolences on the loss of a truly phenomenal lady... It was my distinct pleasure to know and work with her during my years at The Cleveland Orchestra/Musical Arts Association. She was a class act and shall be truly missed.
Amy L. Cline
February 23, 2018
May God bless the family members during their time of sorrow and heartache.
Valeria Jackson
January 8, 2018
I second the beautifully stated words of grief and appreciation expressed by Carol Jacobs, my successor as archivist of the Musical Arts Association. It was a privilege to know Mrs. Hovorka when I was an orchestra staffer, and enjoyable, over time, to become her next door neighbor. My sincerest condolences to her loved ones. She is missed in so many ways.
Denise Horstman
January 4, 2018
To the family of Dorothy Humel Hovorka: Please accept my sincerest condolences of your loss. My family recently moved to the Cleveland area. Upon our arrival and introduction to our new neighbors, we learned of a wonderful, neat, and generous woman whose family built and owned the house that we purchased. Turns out, our new home is the Hovorka home. We since learned more about the impact of Dorothy and Frank, and are honored to be raising our family in such a beautiful house. We will take care of it. Best wishes.
M
January 4, 2018
Thank you for your friendship! Gheorghe, Claudia, Serban and Lelia.
Gheorghe Mateescu
January 4, 2018
Many fond memories of a Great Lady of Cleveland!

Tim Gaines
January 4, 2018
Thank you for all that you have done for Case Western Reserve University. I think of you at every graduation, when the Hovorka prize is announced. We will miss you.
Robin Dubin
January 4, 2018
I shall long cherish Doothy's inestimable contributions to The New York Alumni Association during my presidency. She transformed our dream of launching" A CWRU Evening with The Cleveland Orchestra into a reality " and treasured annual tradition since 1986. Her intervention enabled an entertaining and memorable post concert meeting with Isaac Stern. The concept has now been replicated by other CWRU alumni chapters. 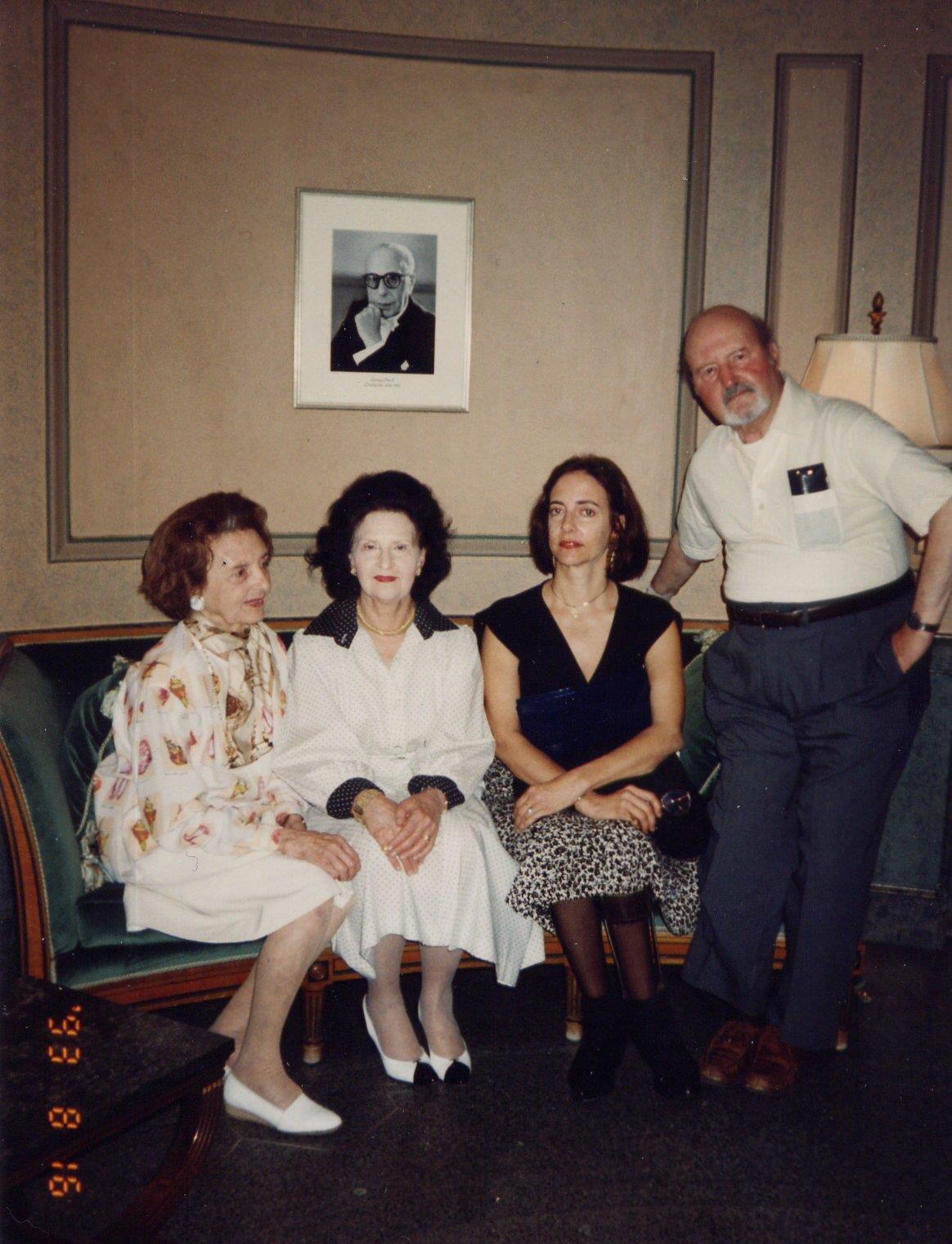 I was greatly saddened to learn of the passing of Dorothy Humel Hovorka on December 21, 2017. But how fitting that this happened during The Cleveland Orchestra's 100th anniversary season! Her obituary nicely captured the breadth and depth of her activities, but it was not terribly explicit about something that was extremely important to me, i.e. the value of history, especially institutional history. During my early years as archivist for The Cleveland Orchestra (1990-2007) she helped me enormously in becoming established as the Orchestra's historian. Her backing and moral support gave me the confidence to propose plans and mold the archives into a useful entity that could only benefit the Orchestra.

I first met Dorothy in 1991, about a year after I started at Severance Hall. Soon after that, realizing that many first-hand witnesses of the Orchestra's early days would not be around forever, we embarked upon a lengthy oral history project in which we interviewed people who had special and/or longtime relationships with The Cleveland Orchestra. Our interviewees included former board trustees, staff members, conductors, guest artists, and Orchestra musicians. Together we interviewed such luminaries as Emily Blossom (two months before she died), John Teltsch (George Szell's stepson), Frank and Martha Joseph (former board president and women's committee president), Alice Chalifoux (principal harp, 1931-1974), and Louis Lane (associate conductor, 1947-1973). Dorothy had access to all of these people and she made it much easier to enter their homes and record their words. We did 23 interviews together, and I did 33 more on my own for a total of 56. One of the interviews I conducted was a nine-cassette tape conversation with Dorothy herself! It turned out to be one of the longest interviews in the collection. My superiors kindly agreed to have all oral history interviews transferred to digital format (on CD) and they now reside, in both formats, in the Orchestra's archives.

There were other ways that Dorothy assisted in the preservation of the Orchestra's history. One was to obtain volunteers to assist me in the archives. Another was to boost the archivist's morale by taking her out to lunch from time to time. Most important, she helped management see that the archives was indeed a useful department in the pursuit of the Orchestra's goals both present and future. I retired from my position in 2007 and I often think about how much I owe to Dorothy Humel Hovorka. Nothing would make me happier than someday seeing the Orchestra's archives named in her honor. Her involvement in preserving the Orchestra's heritage deserves to be memorialized!
Carol Jacobs
January 3, 2018
May the God of all comfort sustain you now and in the days ahead. May God bring you a measure of peace.
B
January 2, 2018
May the loving God of all comfort and a promise hope, be with the family and loved ones at this very sad and difficult time.
D
January 1, 2018
To the family of Dorothy Hovorka I would like to express my condolences to you and may you receive the comfort that God can give as He put his right hand out to you Isa.41:10.13
Ms
December 30, 2017