FUNERAL HOME
Thomas L. Carter Funeral Home
1822 E Oglethorpe Highway
Hinesville (Flemington), GA
The measure of a life well lived is not found in the accumulation of houses, lands or monetary possessions. It is found in a deposit that is left in the lives of others. Dr. Joseph Rayman, late, of Ludowici, left a deposit that is being felt near and far.
He went home to be with the Lord he served on July 9, 2014, after a brief illness. Born in California to the late Ivan and Eleanor Rayman, the family followed their Navy father around the country and finally settled in Norfolk, Va. Joseph served his country in Vietnam, and then continued to serve the U.S. Army until he retired in 1989. During his time in the military, he worked as military police, military intelligence, and air traffic controller. He also earned a bachelor's from Embry Riddle College during this time.
After completing his service, most of which was spent at Hunter Army Airfield in Savannah, he moved back to Norfolk to be near his aging parents. While there, he completed two master's degrees, one in education from Old Dominion University, and an MA in non-profit management from Regent University. After completing his degree at Regent, he and his wife, Peggy started Africa On Fire, , a ministry that seeks to mobilize Christians both here and in Africa to obey Jesus' command to go and make disciples of all the nations, in 1998. Believing that command to be non-negotiable, Joseph spoke at missions conferences both in the States and many countries in Africa, challenging believers to complete the great commission.
In 2001, the Raymans moved back to Hinesville and incorporated the ministry in Georgia. As they continued to travel in Africa, Joseph was especially touched by the plight of the children in the countries he visited. In 2003, after completing his DMin in Missions from Minnesota Graduate School of Theology, he started the African Orphaned and Abandoned Children's Fund to help fund worthy outreaches to children in Kenya, Ghana and Nigeria. Still not satisfied that enough was being done to complete the great commission, Dr. Rayman started Coastal Georgia School of Missions in 2010 to begin preparing people who would look beyond short term missions and begin preparing to serve as career missionaries. In his spare time, Dr. Rayman also taught business and management courses at Central Texas College and Columbia College at the Education Center on Fort Stewart.
He will be sorely missed by his wife and ministry partner, Dr. Peggy Rayman, by his children, Windye (Mike) Holland and Angela Callam; his stepchildren, Shawn (Alex), Troy (Mara), Chris (Latresha), Paul (Rebecca), and Tim (Ashley) Campbell, and Heather Devastey; 19 grandchildren, two great-grandchildren; his house church family; and many more.
Matthew 25:21 "The master was full of praise. 'Well done, my good and faithful servant. You have been faithful in handling this small amount, so now I will give you many more responsibilities. Let's celebrate together!
A celebration of life will be held at Connections Church, 116 Patriot's Trail, Hinesville, at 4 p.m. on Monday, July 14. In lieu of flowers, the family is asking donations be sent to AOAACF, 287 Lewis Scott Rd, NE, Ludowici, GA 31316.
Published by Coastal Courier from Jul. 14 to Jul. 21, 2014.
To plant trees in memory, please visit the Sympathy Store.
MEMORIAL EVENTS
To offer your sympathy during this difficult time, you can now have memorial trees planted in a National Forest in memory of your loved one.
Funeral services provided by:
Thomas L. Carter Funeral Home
MAKE A DONATION
MEMORIES & CONDOLENCES
17 Entries
I am so blessed to have known Joe Rayman. Just found out today that he passed away. I will treasure the advice and life lessons he imparted to me.
Andrea Jamison
February 7, 2015
Dr Rayman,
Thank you for the time and support.
You will be missed. Truly
Dierdra Coleman
July 28, 2014
My family and I thank you from the bottom of our hearts for your kind expressions. We are saving and recording your comments to pass on to his children and grandchildren. We are very grateful you took the time to write.
Peggy Rayman
July 24, 2014 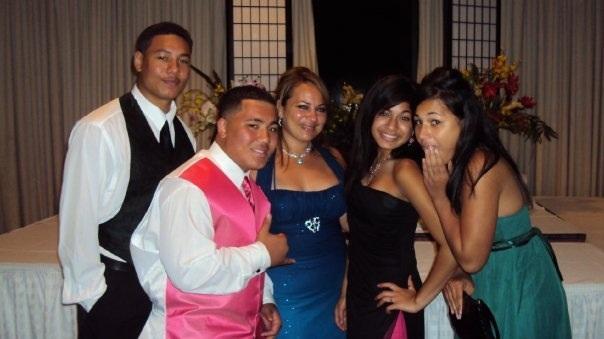 Honored to have had him as a teacher @ Columbia college a few years back before we moved. Knew him briefly, but the impact he made on my life & my children's lives were immense. My daughter, Miracle, still has the authentic African fabric you gave her when she was 7. You told her to wear it in Africa when she goes on her very first missions trip & to think of you. A man who truly loved God, & abounded in his work for The Lord. One of the most humblest, giving & loving servant of God my family has ever encountered. I always think of Acts 20:35 when I think of my professor. Thank you for being a source of encouragement & inspiration that will last my ohana a lifetime. Looking forward to seeing you on the other side. Gone but will never be forgotten??
Cece Fata & Family
July 20, 2014
I was truly blessed by attending his religion class at Columbia College. He will be missed. I am so sorry for your loss.
Sherry Robertson
July 18, 2014
Sis Peggy our prayers are with you and the family.
Dr. Robert & Bernice Simmons
July 17, 2014
Dr. Peggy and family: Our thoughts and prayers are with you. May your hearts soon be filled with wonderful memories of joyful times together as you celebrate a life well lived.

Elder Bernard Harper,
July 17, 2014
The Midway. First Presbyterian Church family express our sympathy to Dr Peggy and family. Our thoughts and prayers are with you.
Midway 1st Presby Church
July 17, 2014 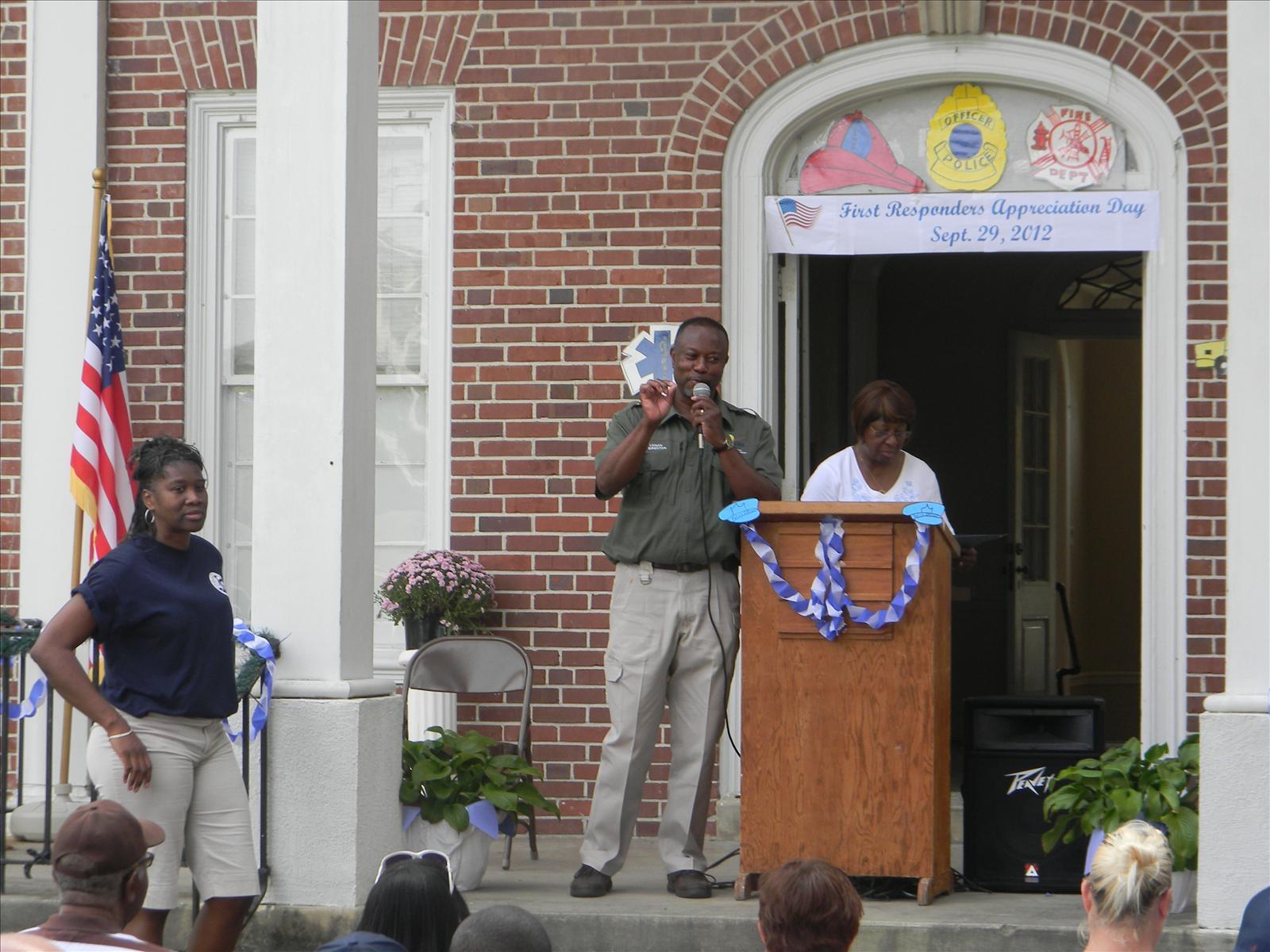 Peggy, I speak for our family, we are very sorry to hear of your loss. You and Joe have done so much for the work local and in Africa. Please know that your labor of love have not gone unnoticed
Larry&Gretta Logan
July 16, 2014

I am so blessed to have had Joe as a friend. Much love to you all.
Stacey Ferrier
July 15, 2014
Peggy and family: I am at a loss to express how sorry I am at the loss of such a wonderful, husband, father, step-father, and man of God. I know that your memories of his love and your time spent together will help you get through this impossible time, but if there is anything that I can do, please do not hesitate to ask. You know that he is with our Lord, with no pain or sickness any more. You are all in my prayers.
Beth Bakey
July 15, 2014
Our thoughts and prayers are with you and your family.
Pastors Michael and Dori Griffin
July 15, 2014
Dr PEGGY, MY PRAYERS OF COMFORT TO YOU N MAY THE PRECIOUS MEMORIES WARM YOUR HEART, I LOVE YOU MY SISTER IN CHRIST
Venasta THOMAS
July 15, 2014
laura morgan
July 14, 2014
Dr. Peggy and family, so glad for times we got to spend with Joe and yourself. You are both great examples of people with hearts for missions. May we be able to work together some time in the future. Our prayers are with you. Please feel free to call us at any time.
Rev. Harry and Lisa Millspaugh
July 14, 2014
Dr. Peggy our prayers and thoughts are with you and the family. He will be missed.
Diane Berry
July 14, 2014
To Dr. Peggy and family, may the joy of the Lord be your strength at this time. Take courage in knowing that to be absent from the body is to be present with The Lord. Our God is a good God and He does all things well. CGEMS Ministry, Philadelphia,PA
Lorraine Beaton
July 14, 2014
Showing 1 - 17 of 17 results