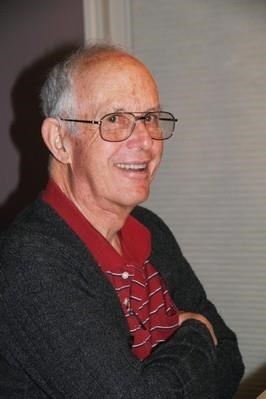 After a short illness, Philip Daniel Kearney of Fort Collins and Windsor CO, a retired CSU Physics Professor, was surrounded by his family when he passed away on December 16th, 2016.

Born November 21st, 1933 in Detroit, MI to Daniel P. and Helen H. (Pratt) Kearney, he was 83 and otherwise quite vibrant and active.

In 1951, Phil graduated from Lancing Michigan's Sexton High School, and he graduated University of Michigan in 1963 with his PhD in Physics. During his university days, Phil Kearney took time out for a tour of duty in the U.S. Army, serving as Sergeant at Fort Bliss, where he taught Nike Anti-Aircraft Missile courses and where Phil developed his passion for Physics. Dr. Kearney then taught Physics at CSU from 1964 until his retirement in 1999, sending many Health Sciences graduates into medical and scientific fields with expertise in physics. He was also a long time participating Member of the Health Physics Society.

During his career, Phil Kearney researched cosmic rays, solar particle emissions, and applications in environmental radiation and radiation biology, particularly dealing with radium and radon. He worked in national laboratories at Los Alamos, Argonne, Hanford, Oak Ridge and the U.S. Naval Research Lab in Washington DC. He also worked on cosmic ray detector experiments atop Mt. Evans, at Squaw Pass, and inside the Colorado School of Mines Training Mine at Idaho Springs.

Philip Kearney married Elizebeth Theresa Davie on September 1st, 1958 in Ann Arbor MI. James, Phil's second son, preceded him in death. He is survived by his wife of 58 years, Elizebeth and four children, Michael (Lynn) of Boulder, CO; David of Charleston, SC; Charlotte Mason (Greg) of Jackson, WY; and Thomas (Shan) of Evans CO. He was a loving and present husband and father to them and grandfather to 8 grandchildren and 5 great-grandchildren. All greatly miss him and mourn his death.

A life-long bowler, fisherman, and skier, Phil loved the outdoors; and he traveled extensively with his wife Elizebeth on yearly cruise ship excursions and road trips around the U.S. visiting relatives and lifetime friends. He bowled in three leagues, and practiced tirelessly in training games. This season would have marked Phil's half century of skiing often and annually. A wonderful host and cook, Phil Kearney's green chili was award winning with 1st, 2nd or 3rd places at so many chili cook-off events.

A conscious contributor to the community, Phil Kearney volunteered at Garth Englund Blood Center and as a donor and Bell Ringer for the Salvation Army. At CSU, he founded the Little Shop of Physics to share the wonder of science through hands-on Physics experiments, which enlightened over a half million students and teachers in Colorado over 25 years. CSU continues the tradition.

Funeral Services for Philip will be at Our Lady of the Valley Catholic Church, 1250 7th Street, Windsor, CO on Monday, December 19th, starting at 11:00 a.m.; Viewing is at 10:00 a.m. Interment will be at Fort Logan National Cemetery, Denver CO at a later date.

In lieu of flowers, please gift to the Salvation Army or the PVH/MCR Foundation in Phil's honor.


To plant trees in memory, please visit our Sympathy Store.
Published by Coloradoan on Dec. 18, 2016.
MEMORIAL EVENTS
Dec
19
Funeral service
11:00a.m.
Our Lady of the Valley Catholic Church
1250 7th Street, Windsor, Colorado
Funeral services provided by:
Goes Funeral Care & Crematory
MAKE A DONATION
MEMORIES & CONDOLENCES
Sponsored by Goes Funeral Care & Crematory.
4 Entries
Elizebeth,
You are in my prayers. I am so sorry for your loss!
Kathy Kosec
December 29, 2016
My condolences to the family. As a distant relative of Dr Kearney, we met when I came to CSU in 1970. I remember having dinner with him and discussing our relations from back in Batavia, New York by the Whitcom family on my grandmother Snyder's side of the family. (I think). My only regret is that I never made it to the Poudre cabin I remember hearing about. Apparently one of my sons friends family owns it now. I'm proud to b have known such a great man. RIP. Thomas Pixley DDS Ft Collins
Tom Pixley
December 19, 2016
To the family and friends of Philip Kearney, please accept my sincere condolence for your loss. I know the pain of seeing our love one's leave us is Great. Take comfort in knowing that Our Heavenly Father is always here with words of comfort. Psalm 121:1-8.
December 19, 2016
Thoughts are with Elizabeth and family. As a secretary in the office for the Physics Department at CSU, I enjoyed working for Phil. He was a dedicated professor -- enabling and teaching students who were able to attain their degrees in Phsics. I was honored to have known him.
Marilyn Anderson (retired, administration--CSU, Dept of Physics, 1992-2002)
December 17, 2016