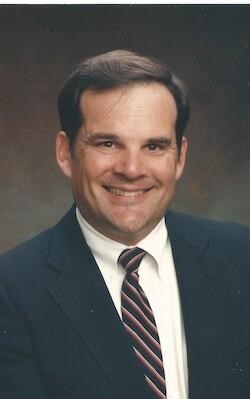 Fort Collins - Reuel Yancey Rolston passed peacefully October 29, 2020 and leaves a legacy of grace for all who knew him. Born May 12, 1943 in McGaheysville, Virginia to Ben F. and Lelia Rolston. He was an all-around high school athlete and debate team member and earned a prestigious appointment to the United States Air Force Academy. While at the Academy he met his future bride, Donna Jaffee Rolston. After graduating from the Academy in 1965, Reuel went to Georgetown University to earn his Masters in Economics. He then began his pilot training and proudly served his country as a Captain flying F4 fighter planes in the Vietnam War. After his time in the Air Force he moved to Fort Collins and worked in real estate before beginning his career at Eastman Kodak until his retirement. Reuel devoted his spare time to serving others through projects with his church, his children's schools, his neighborhood, his Sertoma service organization, the United Way, the Fort Collins Library, the Veteran's Plaza of Northern Colorado, and cheering for his Denver Broncos and CSU Rams. His granddaughters filled his heart with love and joy and he filled theirs in the same way. Reuel is survived by his wife Donna, his daughter Jane Howard and her husband David, his son Randall, and his beloved granddaughters Anna Howard, Marie Howard, and Erin Rolston. Reuel will be remembered for his kind service to all and would want everyone who knew him to do something kind for someone else today. Reuel will be honored in a private service at the United States Air Force Academy on November 23, 2020. A Celebration of Life will be held at a later date. We are grateful to the Centre Avenue Health and Rehab for the loving care they provided to Reuel. In lieu of flowers, our family asks that donations be sent to CancerCare, Pathways Hospice, or Samaratin's Purse US Disaster Relief in honor of Reuel, in care of Allnutt Drake Chapel, 650 W. Drake Road, Fort Collins, CO. 80526. You may visit www.allnuttftcollins.com to share memories or leave a message of condolence for the family.

Published by Coloradoan from Nov. 9 to Nov. 22, 2020.
To plant trees in memory, please visit the Sympathy Store.
MEMORIAL EVENTS
To offer your sympathy during this difficult time, you can now have memorial trees planted in a National Forest in memory of your loved one.
Funeral services provided by:
Allnutt Funeral Services-Fort Collins
MAKE A DONATION
MEMORIES & CONDOLENCES
Sponsored by Allnutt Funeral Services-Fort Collins.
7 Entries
Dear Donna, Jane, and family members. We know your grief still continues. You are all in our hearts and prayers as we remember Reuel on this sad day.
Coniglio Family
October 29, 2021
Dear Donna, I am so sorry for your loss of Reuel. Thinking of you and your family with a saddened heart.

Kay Colter
Kay Colter
Friend
November 17, 2020
Dear Donna, We are so sorry for your loss. We met Reuel and you at Center Rehab. Our Mother, Betty, was in the room across the hall from him. You were a wonderful caregiver to Reuel. Our thoughts and prayers are with you and your family. Betty Benton’s daughters, Karen and Rhonda.
Karen Meyers
Acquaintance
November 11, 2020
Reuel's obituary coming out on Veteran's Day is so appropriate. I so enjoyed the time spent with him selling real estate. We will all miss him.
Hepburn Wilkins
Friend
November 11, 2020
Dear Donna, Jane, Randall and family. We are deeply saddened by your loss. I first met Reuel while watching Anna and my Granddaughter playing soccer at GW. Both of us being Air Force Veterans we shared our experiences and memories during our many years of service. I discovered that Reuel was an Air Force Academy Warrior who had flown many F-4 missions over hostile Vietnam territory ensuring our freedom and protection from the enemy. He was a true Hero. We also shared the love and support he was receiving from his wonderful family who was his main support base during his illness. Our thoughts and prayers are with you during this very sad time. The Coniglio Family
Joseph G Coniglio
Friend
November 10, 2020
I was saddened to read of your recent loss. My prayers are with Donna, Jane, Randall, and family’s. I have fond memories of attending Plymouth Church with Reuel and Donna. Prayers for the family.
Arlys Hardy
Friend
November 10, 2020
Reuel Rolston was the loving father of two of my students at Bennett Elementary School. I enjoyed getting to know him through them. He and Donna were very supportive, loving parents. Their children Jane and Randy were two of Arnold's Angels, as I called my students. I loved this family and admired their dedication to each other and to our school community. I often saw Donna and Reuel at CSU football games as well as we cheered our Rams on together!

My heart aches for his family. I am sorry for their loss. I hope they take comfort in all the wonderful memories.