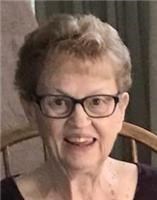 BORN
1945
DIED
2021
FUNERAL HOME
Tennant Funeral Home & Crematory - Sterling
330 S. 2nd
Sterling, CO
Jackalin Irine (Hunter) McGannon, known as Jackie, age 76 of Sterling, Colorado peacefully entered Heaven on June 20, 2021. A memorial service will be held on Saturday, July 3, 2021 at 11:00 am at the First Presbyterian Church, 130 South 4th Street, Sterling, CO. A luncheon will immediately follow the service.
Jackie was born on June 9, 1945 in Maryville, TN to George and Evelyn (Dickerson) Hunter, while her Dad worked in Oak Ridge, Tennessee helping to build the plant for the Manhattan Project. In 1946, after the war ended the family moved back to their hometown of Nashville, Tennessee. The lure of a better paying job called her family to Colorado in 1957. This is where she would attend jr. high and Adams City High School.
While attending her brother's wedding Jackie met the love of her life, the bride's brother, Patrick. Pat fell hard for Jackie and eventually moved from Chadron, Nebraska to Denver, Colorado to be close to her. It wasn't long after their meeting and falling in love that they married on February 23, 1962.
In 1966, Pat was drafted and relocated to Tacoma, Washington and was deployed to Vietnam in 1967. A highlight of their marriage was the fall of 1967, where the two were reunited, in Hawaii. Together, they would fondly remember this time and the many happy miles they drove exploring the island.
After Pat was discharged in 1968, they made their home in Westminster, Colorado where they started their family with their daughter Tricia in 1971 and son Travis in 1975. They later moved to Brighton, Colorado in 1980 where they raised their family. The yearning for wide open spaces, called them to Sterling, Colorado in 1992 where Jackie lived her remaining years.
Jackie spent the kids growing-up years reading stories, taking them on adventures, and was always the first to volunteer for any school activity or extracurricular events. She loved cooking for her family and having them gather.
When the children were grown, she returned to work at Northeastern Jr. College, where she was a baker and Grandma to the students. She was a woman of deep faith, a member of First Presbyterian Church in Sterling, Colorado where she played in the handbell choir and was a Deacon. Jackie loved and was there for everyone she ever met, she will be deeply missed by all those who knew and loved her. She will always be remembered for her loving heart and beautiful smile.
Jackie is survived by her husband of 59 years, Pat McGannon, her daughter Tricia (Jay) Jimenez of Grant, Nebraska, son Travis (Jalayne) McGannon of Brighton, Colorado, sister Anna Faye Black of Aurora, Colorado, sisters in law Joyce Bernard, Beverly McGannon of Chadron, Nebraska, and Donna Hunter of Benton, Kentucky. She is also survived by her five Grandsons Trenton (Hannah), Hunter, Garrett, Cutter and Tanner McGannon, and Great Granddaughter Leika McGannon.
She was preceded in death by her parents George and Evelyn Hunter, sister Mamie Hunter, brothers George "Billy" Hunter and Tom "Bud" Hunter, and brothers in law Gene McGannon and Boots Bernard.
Memorials can be made in honor of Jackie to the Jackie McGannon Memorial Fund c/o Tennant Funeral Home PO Box 1547, Sterling, CO 80751.
To plant trees in memory, please visit our Sympathy Store.
Published by Colorado Community Media on Jul. 3, 2021.
MEMORIAL EVENTS
Jul
3
Memorial service
11:00a.m.
First Presbyterian Church
130 South 4th Street, Sterling, CO
Funeral services provided by:
Tennant Funeral Home & Crematory - Sterling
MAKE A DONATION
MEMORIES & CONDOLENCES
0 Entries
Be the first to post a memory or condolences.