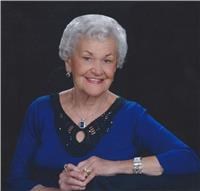 Marian Bruns died suddenly in her home in Brighton on December 4, 2020. She was predeceased by husband Richard and son David, and is survived by her sons Alan and Kevin, 4 grandchildren and 1 great grandchild. She was the daughter of Lionel W. and Mattie (Meister) Kinsey and niece of Mary Meister of Humboldt, Nebraska, and sister of Norman Kinsey of Tucson, AZ, all now deceased.

She began teaching piano at age 16 and continued to do so throughout her life, giving several lessons on the day she died. She and her family moved to the house on Myrtle Street in Brighton in 1958, and she lived there until her death. She was organist for the Brighton United Methodist Church for 48 years, and was active in the Brighton Euterpian Society and the Northland Chorale. For years she accompanied band students at the state solo & ensemble festival, donating many hours of her time assisting local young musicians. Her back yard bloomed from early Spring through late Fall with many flowers, and her hummingbird and bird feeders were always full. She was an avid snow- and water-skier and ice skater, and took full advantage of the slopes and Sand Hill lake until late old age forced her to quit. Husband Richard died in 2007 after 58 years of happy marriage. Subsequently she joined the Trinity United Methodist Church choir in Denver, and had the opportunity to travel to Italy and perform with that group. In recent years Marian received a great deal of enjoyment from working with her adult piano students. She was a beloved wife, mother, grandmother, great grandmother and teacher. She is greatly missed.

A memorial service will be held for Marian on July 10, 2021, at 10:30AM at Brighton United Methodist Church. In lieu of flowers, the family asks that a donation be made to the Audubon Society in Marian's memory.
To plant trees in memory, please visit our Sympathy Store.
Published by Colorado Community Media on Jul. 7, 2021.
MEMORIAL EVENTS
Jul
10
Memorial service
10:30a.m.
Brighton United Methodist Church
, CO
MAKE A DONATION
MEMORIES & CONDOLENCES
1 Entry
In addition to Marian being a musical virutoso, she was an avid reader. In 2002, she was a founding member of the Rowdy Readers Book Club that met at the Brighton Library. Marian would come to the meetings elegantly dressed with beautiful jewelry. Her book comments were unique with an element of humor. Marian was truly the matriarch of the Rowdy Readers and will be greatly missed.
Sherrie
Friend
July 10, 2021
Showing 1 - 1 of 1 results