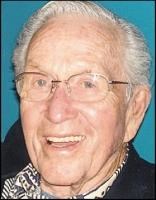 Published by The Columbian on Sep. 19, 2021.
To plant trees in memory, please visit the Sympathy Store.
MEMORIAL EVENTS
To offer your sympathy during this difficult time, you can now have memorial trees planted in a National Forest in memory of your loved one.
MAKE A DONATION
MEMORIES & CONDOLENCES
2 Entries
To Carol, Diane & Maria, What a legacy your father left for all of you! He was so bright and involved in so many things and did a great deal for others. He had a life very well lived and in addition was a very nice person. My deepest condolences to all of you.
Marguerite Matusak
Friend
September 25, 2021
Mr. Anderson was one of the nicest people that ever lived in our little neighborhood. Thanks for the waves, the smiles and always a kind word. You´ll be so missed.
Jenna and Norma Holliman
Friend
September 21, 2021
Showing 1 - 2 of 2 results