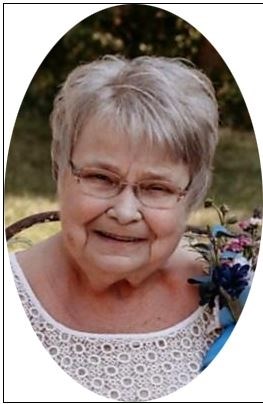 A visitation will be held from 4-8 p.m. on Tuesday, Oct. 6, at the Gass Haney Funeral Home, with all CDC guidelines being followed.

Betty was born to Victor and Lorraine Nielsen in Nelson, Nebraska, on Dec. 4, 1946. She was baptized and confirmed in the Methodist Church. Betty was the only daughter in a family of four children, growing up on the family farms, she helped out as needed and cared for her two younger brothers.

Betty attended Nelson Public Schools and was the head majorette for the Nelson Tigers band, she could twirl and toss the baton like no other back in her day. Following high school, Betty married Douglas Steele on Aug. 20, 1964, and to that union a daughter, Robin, was born.

Betty and Jerome lived a short time in Hastings, Nebraska before moving briefly to Atwood, Kansas, and then on to Columbus, Nebraska, for many years and then on to their current acreage outside of Monroe.

Betty did in-home child care before taking jobs outside of the home working at Behlen Mfg. Co. before being employed by BD Medical for 37 years and retiring in 2007. Retirement did not last too long as she became a part-time employee at the Monroe Mini Mart to occupy some time and keep her busy.

Betty enjoyed her family and her family enjoyed her. Her love was unconditional, as was ours for her. Chicken and noodles was a specialty she would deliver straight from her kitchen when we were not feeling well or when the weather turned cold.

Music was always a staple in our house growing up. She had countless 45's she would play on the stereo or there would be a radio playing. Betty loved dancing to the oldies and she would never own up to it but she could carry a pretty good tune.

Grandkids always looked forward to Grandma Betty sleepovers and occasional camping trips (even if they were just in the yard). She would sit and laugh telling stories and jokes with them. They were also allowed to eat pretty much anything they wanted during their stay.

Betty was one in a million, her huge heart, caring ways, gentle voice, jokester ways and laughter will be missed by many. Her sparkle will forever live in the hearts of those who loved and knew her.

We will always love you half to pieces!

Betty continued to have a special place in her hear for Tyler Arndt and the Justin & Kelly Arndt family.