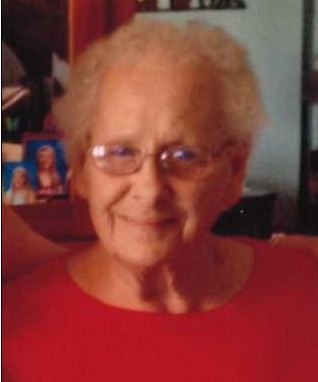 Bonnie was born in Oto, Iowa , to Arthur and Evelyn (Stromberg) Miller. She moved to Nebraska in 1935 near Clarks and attended Pleasant Hill grade school and Pierce Chapel Church thru the 5th Grade. She then moved east of Clarks and attended District # 4 until going to Clarks High School. She graduated in 1951. Following her graduation, she attended Nebraska Central College and taught grade school for one year. Bonnie then married Morris G. Garretson on March 12, 1952, and followed him in the Marine Corps to California and then to North Carolina until his discharge. Bonnie and Morris moved back to Nebraska where they farmed in the central Nebraska area, settling in Shickley, where their children started grade school. Bonnie had seven children, three girls and four boys. They then moved to Columbus where they bought the Allis Chalmers Implement Dealership, until her husband's illness forced his retirement. They then moved to Central City where Bonnie worked at Merrick Manor for 20 years as an aide and CNA, until her retirement at the age of seventy-five.

In her spare time, Bonnie enjoyed reading, music, travelling to Branson, visiting family members, but her greatest love was getting to spend time with her family.

She was proceeded in death by her husband, Morris in 1980; a son, Brian Lewelyn at birth; parents, Arthur and Evelyn Miller; in-laws, Ervin and Alice Garretson; grandson, Wade Cordsen; brother and sister in-law, Sam and Louise Wallace; and sister in-law, Bonnie Mae Garretson.

Memorials are suggested to the family to be designated at a later date.

Condolences may be sent to the family at www.soltwagnerfuneral.com.

Published by The Columbus Telegram on Sep. 21, 2021.
To plant trees in memory, please visit the Sympathy Store.
MEMORIAL EVENTS
Sep
22
Funeral service
10:30a.m. - 11:30a.m.
Solt-Wagner Community Room
Central City, NE 68826
Funeral services provided by:
Solt-Wagner Funeral Home
MAKE A DONATION
MEMORIES & CONDOLENCES
Sponsored by Solt-Wagner Funeral Home.
1 Entry
Thinking of you and sending love and prayers. May the memories keep you close in your heart you made with your someone special
Renee Rembolt Bornemeier
September 19, 2021
Showing 1 - 1 of 1 results