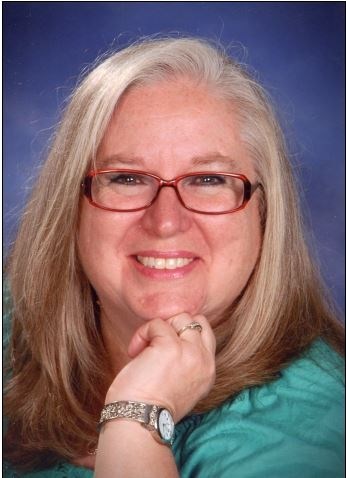 Memorial services for Brenda will be held at 10 a.m. on Friday, July 23, 2021, at St Joseph Catholic Church in York, Nebraska with the Reverend John Sullivan officiating. A rosary service will be held at 7 p.m. on Thursday, July 22, 2021, at Sacred Heart Catholic Church in Shelby, Nebraska. Brenda's family will greet friends one hour prior to the rosary at the church in Shelby. Cremation has taken place. A private family internment will be held.

She was born Aug. 10, 1961 at Columbus, Nebraska to Leon and Sue (Scow) Eller. Brenda was a nurse at the Midwest Covenant Home in Stromsburg, Nebraska. On May 31, 2015 she was married to Galen Hines at York, Nebraska. Brenda was a member of the St. Joseph Catholic Church and the Catholic Daughters. She loved gardening, flowers, garage sales, shopping and collecting squirrel memorabilia. She also held a deep faith in Jesus Christ. She was always selfless with her time. A very loving and caring person.

She is survived by her husband, Galen of York, Nebraska; daughters Nikki (John Hlavinka) Kuhr of Minden, Nebraska, Dixie Kuhr of Kearney, Nebraska, Allie Johnson of York, Nebraska; and step-son David Hines of Orange County, California. Her grandchildren include, Morgan Kuhr, Milo Vaughn, Maggie Kuhr and Arley Pickinpaugh. Also surviving are her parents Leon and Sue Eller of Shelby, Nebraska; her brother Terry (Brenda) Eller also of Shelby, Nebraska; and her dog Charlie. Also many nieces, nephews and a host of friends.

She was preceded in death by her grandparents, Lloyd and Eva Scow; her step-father, Ed Euse; and Richard and Genevieve Eller.

Memorials may be directed to her family for later designation.

Online condolences may be sent to www.metzmortuary.com.

Published by The Columbus Telegram on Jul. 21, 2021.
To plant trees in memory, please visit the Sympathy Store.
MEMORIAL EVENTS
Jul
22
Rosary
7:00p.m.
Sacred Heart Catholic Church
Shelby, NE
Jul
23
Memorial service
10:00a.m.
St Joseph Catholic Church
York, NE
Funeral services provided by:
Metz Mortuary
MAKE A DONATION
MEMORIES & CONDOLENCES
Sponsored by Metz Mortuary.
2 Entries
I graduated high school with Brenda. She was always so kind and had the best smile. Special prayers for Brenda´s family during this difficult time. Please allow your memories and faith to help ease your sorrow. Brenda had so many friends and she will live on through all of us. God Bless.
Lauree Saum
School
July 21, 2021
My deepest sympathy to Brenda´s family. I worked with her at Good Samaritan many years ago and we remained friends! Such a great gal!!!!
Sandra Baker
Friend
July 21, 2021
Showing 1 - 2 of 2 results