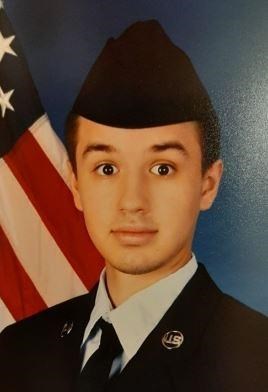 A Memorial Service will be held at 10 a.m. Saturday, July 31, 2021, at McKown Funeral Home in Columbus. Burial will be in the Valley View Cemetery in Genoa, Nebraska with military honors.

Christian was born on December 5, 2001, in Columbus, Nebraska, to Bob Harris and Crystal Anderson. He graduated from Columbus High School in 2020. Christian joined the U.S. Air Force where he was stationed in Charleston, South Carolina. He enjoyed drawing, reading, playing video games, word games, card games and chess. His greatest love was his cat Orion.

He was preceded in death by his mother, Crystal Anderson.