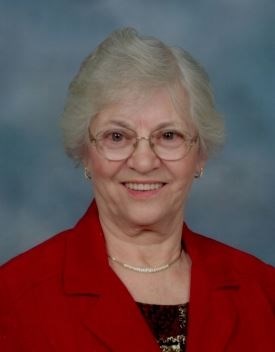 Dolores Coufal was born on Sept. 19, 1928, to Louis and Antonia (Pokorny) Ratkovec on a farm near Valparaiso, Nebraska. She attended Ceresco High School graduating in 1946. Following high school, she attended teachers' college and taught at a country school for a few years. In November of 1949, she married George Coufal at Plasi, Nebraska.

She worked at Russell Stover's for a few years leaving to raise her children. As her kids got older, she went to work at East Butler Public School as a cook. She remained there until her retirement. After retirement, her joy was caring for her grandkids. Dolores enjoyed spending time outdoors gardening in her flowers and vegetables. She was a great cook and made the best kolaches. She enjoyed working on puzzles, sewing and making quilts. She loved spending time with her family, grandkids and great-grandkids. Delores had a strong faith and was a member of Holy Trinity Church and Altar Society.

She was preceded in death by her parents; husband, George, in 2015; and sister, Dorothy Hula.

Memorials may be given In care of the Family.