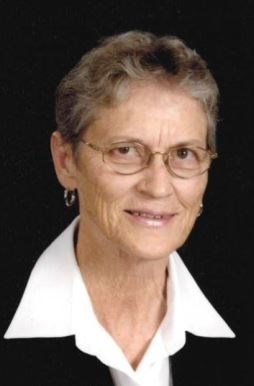 Donna Lindeman, 85, of Columbus, Nebraska, died Sunday, Sept. 12, 2021 at The Heritage at Meridian Gardens in Columbus.

The funeral service will be held at 11 a.m. on Friday, Sept. 17, 2021, at Peace Lutheran Church with Rev. Cory Burma officiating. The visitation will be from 5 p.m. – 7 p.m. on Thursday, September 16, 2021, at Gass Haney Funeral Home and continue at 10 a.m. until service time on Friday, Sept. 17, at the church. The funeral service will be broadcast live on the Gass Haney Facebook page.

Donna R. Lindeman was born on Aug. 6, 1936, in Lyons, Nebraska, to Emil and Marie (Henke) Schaefer. She graduated from Kramer High School in Columbus in 1954. Donna worked as a secretary at Behlen Mfg. Co. and during that time met Eldon Lindeman. On Nov. 3, 1957, Donna and Eldon were united in marriage at Trinity Lutheran Church in Columbus. The couple was blessed with two sons.

In lieu of flowers, The family has requested that remembrances be made in the form of contributions to www.MyAngelsAmongUs.org.