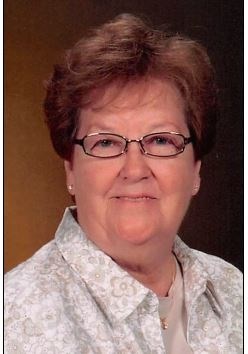 The funeral Mass will be broadcast live on the McKown Funeral Home Facebook page.

Ella Jean (Meridith) Milburn was born in a house in Boone, Nebraska on Sept. 12, 1938, to Forest and Dolores (Webster) Meridith. She graduated from St. Edward High School in 1956. She married her high school sweetheart, Howard Milburn at the St. Edward Catholic Church in 1957. They then moved to Columbus. They celebrated their 60th Anniversary in 2017. She retired from Nebraska Public Power in 1999 after 23 years of service. She was a member of St. Bonaventure Catholic Church.

Most of all she enjoyed spending time with her husband, children, grandchildren, and great-grandchildren. Howard and Ella enjoyed traveling and visited all the lower 48 states. She believed family was the most important thing in life.

She was preceded in death by her parents and grandparents; sister, Donna Florence; and brother and sister-in-law, Jim (Joyce) Meridith.