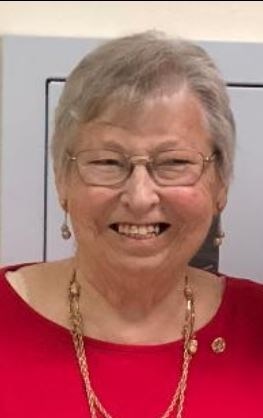 The funeral service will be held at 10:30 a.m. on Tuesday, Sept. 14, 2021, at First United Methodist Church in Columbus with Rev. Cindi Stewart officiating. Interment will be at at 1:00 PM in the David City Cemetery, David City, Nebraska. Visitation will be from 4 p.m. to 6 p.m. on Monday Sept. 13, 2021, at Gass Haney Funeral Home with an Eastern Star Service at 6 p.m.. Visitation will continue from 9:30 a.m. until service time on Tuesday Sept. 14, at the church. There will be a family prayer service at 10:15 a.m. on Tuesday at the church.

Janice Lynn Teall was born Oct. 14, 1944, in Homer, Michigan, to Robert A. and Evelyn (Norris) Teall. She lived in Litchfield, Michigan, until 1958, when the family moved to North Platte, Nebraska. She graduated from North Platte High School in 1963 and attended the North Platte Beauty Academy, graduating in 1965. On March 21, 1965, Janice was united in marriage to Clay B. Carskadon, Jr. of Gothenburg. The couple moved to Minneapolis, Minnesota, for a year before moving to Genoa, Nebraska where they farmed for 26 years. In 1992, the couple moved to Columbus.

Janice was a housewife, where she enjoyed raising her family, and enjoyed her hobbies of sewing, crocheting, knitting, canning, and baking. She was encouraged to sew for others, thus started a seamstress business. She was a member of the First United Methodist Church, Eastern Star, and Daughters of the Nile.

Memorials are suggested to the church or family choice.