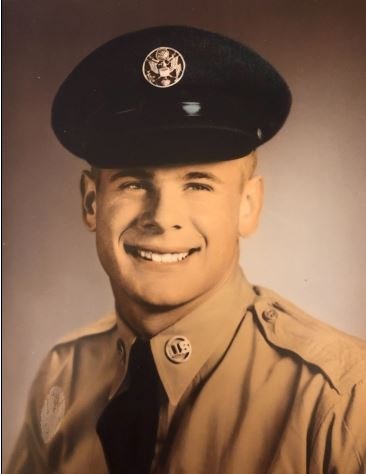 All attending the services are requested to wear a facial covering when not practicing social distancing.

Born in Columbus, Nebraska, to Herman and Annastacia Blahak, John graduated from Scotus Central Catholic High School in Columbus, Nebraska, where he played football, baseball and ran track. John served honorably in the U.S. Air Force during the Korean War and 3 tours of duty in the Vietnam War, retiring as a Sr. Master Sergeant following 26 years of dedicated service to his country. Following his time in the service, John returned to Putnam County, Florida, in 1979 and began a 13- year career with the Putnam County Sheriff's Office. He later served as Chief of Police with the town of Welaka, Florida. An avid Nebraska Cornhuskers and Florida Gators fan, John enjoyed watching sports and had a passion for fishing as well.

In addition to his parents, he was preceded in death by a son, Andrew Quinton Blahak; and four siblings, Laverne Blahak; Rose Frerichs; Joe Blahak; and Dave Blahak.

Memories and condolences may be expressed to the family at John's Book of Memories page at www.johnsonoverturffunerals.com.

Arrangements are entrusted to Johnson-Overturf Funeral Home in Palatka, Florida.