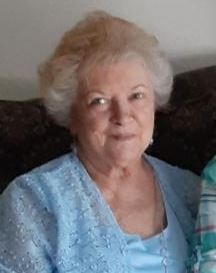 Joyce was born on June 5th, 1943, in Omaha, Nebraska, to Alan and Marcella (Mohr) Herrmann. She later moved to Columbus Nebraska where she married Larry Dean Kyriss on Feb. 2, 1962. They welcomed their daughter into the world in the spring of 1963. Some years later, Joyce remarried Jerry Glen Bickel on Sept. 15th, 1987.

She had fond memories of traveling in the southwest region of the United States with Jerry in their truck and fifth wheel trailer. Joyce enjoyed living in Nebraska, Colorado, Arizona, Arkansas, and Michigan. She always enjoyed the companionship of one of her many dogs.

Joyce was preceded in death by her parents, Alan and Marcella Herrmann; and both her prior husbands, Larry Dean Kyriss and Jerry G Bickel.

Central Michigan Online Cremation is in charge of arrangements.

Published by The Columbus Telegram on Sep. 28, 2021.
To plant trees in memory, please visit the Sympathy Store.
MEMORIAL EVENTS
To offer your sympathy during this difficult time, you can now have memorial trees planted in a National Forest in memory of your loved one.
MAKE A DONATION
MEMORIES & CONDOLENCES
2 Entries
I was so sorry to hear that Joyce had passed away. Even though we were 1st cousins, I only got to know her through Facebook and all the positive things she would post on it. My deepest sympathies to her family.
Debbie Williams
Family
October 4, 2021
To: Tammy and family also Jim Herrmann, So very sorry to hear that Aunt Joyce has passed away. I have not seen her in 45 plus years. I did talk to her after my Mom passed in 2002. I remember her as a kind and bubbly lady always smiling and laughing. You all have my sincere and deepest sympathy. You are in my thoughts and prayers at this sad time. God Bless! Shari
Shari (Kyriss) Liss
October 1, 2021
Showing 1 - 2 of 2 results