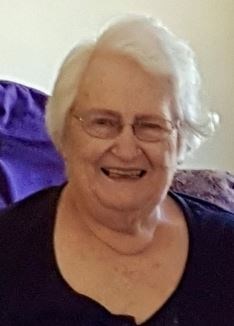 Judith was born July 23, 1936 in Columbus, Nebraska to Frank and Catherine (Novicki) Murphy. She received her education at Columbus High School where she graduated in 1954. She was united in marriage to Duane Jones on Jan. 7, 1956. They moved to Rockford, Illinois in 1964. In 1987, they returned to Columbus where she has lived since. She worked at Atwood Mobile Products for 30 years where she served on the bonus program board. She later worked at C&S Electronics in Columbus where she made many friends. Teenie was a member of St. Anthony Catholic Church and St. Theresa Sodality. She was active in Boys Scouts as a leader and committee member.

She was preceded in death by her husband, Duane; her parents; and her siblings, Rose Marie Christensen, and Robert and Tim, Tom and Jim Murphy.

Condolences may be directed to www.mckownfuneralhome.com.