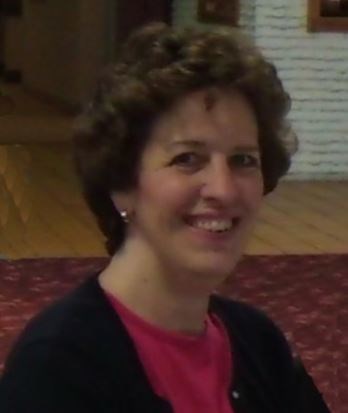 Karen Maurer was born Oct. 14, 1957, in Grand Island, Nebraska, to Eugene and Marilyn (Elseman) Heuermann, the second of six children. She attended elementary school in Phillips, Nebraska, and graduated from Aurora Jr. and Sr. High School, class of 1975, in Aurora, Nebraska. She graduated from the University of Nebraska at Lincoln with a Bachelor degree in Education. She first taught at Bunker Hill Elementary School at St. Edward, Nebraska, for five years. She then returned to UNL to get a math endorsement.

Karen began teaching math at Columbus Middle School while working on, and completing, her master's degree. On Nov. 19, 1994, Karen was united in marriage to Keith Maurer and the couple moved to Norfolk, Nebraska. There they were blessed with a daughter – Anna. After commuting to Columbus for a couple of years, Karen took a position teaching math at Norfolk Middle School until they moved back to Columbus. Karen was a "stay at home mom" until Anna started school, and then returned to teaching math at Columbus High School, until retiring in 2019.

Karen was involved in 4-H from the time she was 8 years old until she turned 18. Through these 10 years, Karen became a very good cook and a master seamstress, making her own wedding dress. Karen did not miss her calling. She was a natural born teacher and loved to see kids learn, and she was awarded several different awards and recognitions.

Karen loved to travel, being a part of the Peace Lutheran Bell Choir, helping with Altar Guild, attending ladies bible study groups, music, arranging family gatherings, board games, Sudoku, working in flower gardens, and spending time with friends. She was a very gracious, loving, and generous soul, and never had a harsh word to say about anyone. But above all, Karen's great love was for her family, especially her daughter Anna, and her Lord and Savior, Jesus Christ, who she willing went home with on Monday night.

Karen was preceded in death by her parents, Eugene and Marilyn Heuermann.

Memorials may be directed to those of the family or donor's choice.