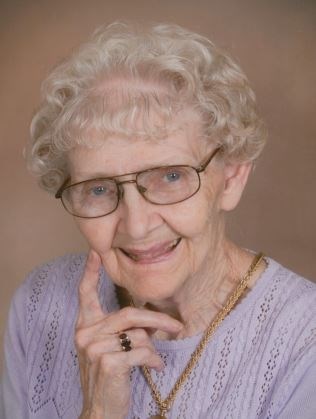 Memorial Mass was held at 11 a.m. on Friday, Sept. 3, 2021, at St. Mary's Catholic Church in David City, Nebraska, with the Rev. Jay Buhman, Celebrant. Lunch immediately following Mass at Windfield's. Visitation was held at 10 a.m. on Friday with a Rosary at 10:30 a.m., all at the church. Mass will be livestreamed on the Kracl Funeral Chapel Facebook page. Mary Ann's wishes were to donate her body to the Nebraska Anatomical Board; burial of cremated remains will take place at a later date in Seneca, Kansas.

Mary Ann Armstrong was born March 9, 1933, in Seneca, Kansas, to Henry and Johanna (Bergman) Engelken. She attended Sts. Peter and Paul Schools, graduating in 1951. After graduation she worked in Seneca and started dating Sam Armstrong. After his discharge from the U.S. Navy, they were married on Feb. 27, 1954, at Sts. Peter and Paul Catholic Church in Seneca, Kansas. In 1962 they moved to David City where Mary Ann was a busy and devoted homemaker and mother to their six children. She juggled many hats, including having their camper loaded and ready to go on Fridays. Together they gave their kids many fun adventures and taught them to always respect God's Earth. Mary Ann took this seriously by recycling everything before Nebraska had a recycling program. Over the years Mary Ann worked at many different places including managing the Par IV and being a cook at St. Joseph's Villa. She enjoyed a good auction or garage sale find while buying and selling antiques. She was an avid reader and bridge club player. She enjoyed making quilts for her family. Her sport of choice was baseball, from listening to games on the radio as a kid to attending her sons' baseball games, watching the Kansas City Royals on TV and attending her first MLB game at the age of 83. Mary Ann was a member of St. Mary's Catholic Church, the Ladies Guild and the American Legion Auxiliary.

She exemplified her giving spirit until the end, as she requested her body be donated to the Nebraska Anatomical Board for the Creighton University School of Medicine.