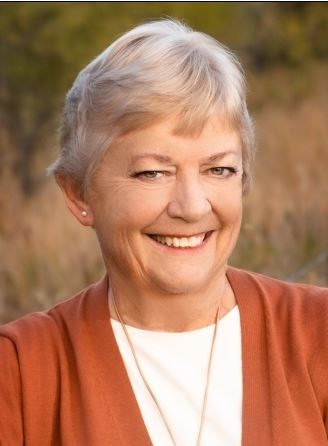 Mary Goc, 77, was called home to heaven on Sept. 9, 2021, after a courageous battle with liver cancer at her residence in Columbus, Nebraska.

A CDA Rosary will be held at 3 p.m. at St. Isidore's Catholic Church on Monday, Sept. 13, 2021, with visitation to follow from 3:30 p.m. - 6 p.m. with a vigil service at 6 p.m. Mass of Christian Burial will be held at 10:30 a.m. on Tuesday, Sept. 14, 2021, at St. Isidore's. Interment will follow at St. Bonaventure Cemetery. The funeral will be broadcast on the McKown Funeral Home Facebook Page. You can access the Facebook Page by clicking here.

Mary Ellen Goc (McEnerney) was born on Sept. 22, 1943, in Omaha, Nebraska, to Jack and Oma (Hasselbalch) McEnerney. She graduated from Columbus High School where she met the love of her life, Richard "Dick" Goc. They married in 1962, and after a short time in Broken Bow moved back to Columbus to raise their children among family and in a community she cared about deeply.

Remembered by all whom she encountered for her energy, generosity, and tendency to "jump right in," Mary led a life of faith and service. Of all her extensive volunteer work, she was most proud of her role in starting and stewarding the St. Isidore's PRE program, of her time spent as an elementary teaching aide, and her ministry of the Eucharist to residents at Brookestone Acres. Recognition of her many hours of service were honored by a Queen Isabella nomination during Columbus Days in 1998. Always ready to be the host, the teacher, the organizer, the giver--- "When your turn comes up, you volunteer," she once said.

Most important to Mary, however, were her family and friends. In the happy memories from years spent at the cabin at Duncan Lakes (Gramma's Camp!), vacations in the Black Hills, St. Patrick's Day parties with the Willman family, countless trips for children's and grandchildren's sports and music activities, gardening and canning, quilting, swimming, skiing, traveling and card clubs--- Mary will be remembered as the life of the party, the one who made you feel special, and was always ready to laugh. She was especially close with her cousin, Chris Carr and family, and beat a well-worn path between Nebraska and Wisconsin keeping the two families close despite distance. Mostly though, she will be remembered as wife, mother and "Gramma," and the amount of living she taught us to pack into every moment.

She was preceded in death by her parents, father and mother-in-law, Harry and Albertina "Teenie" (Geiser) Goc; and brothers-in-law, Barney Willman and Stanley Goc.

In lieu of plants and flowers, memorials are suggested to the CPS Foundation West Park Student Need Fund or the St. Isidore PRE Program.

Condolences may be directed to www.mckownfuneralhome.com.