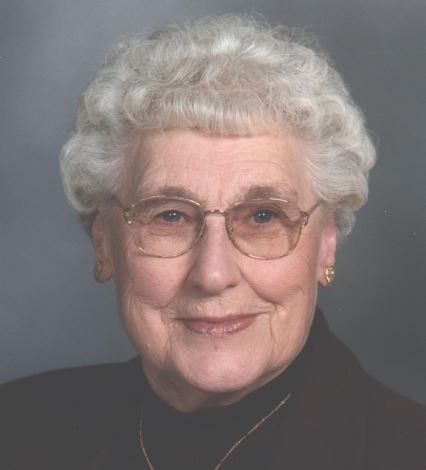 Mildred Novak was born northwest of Schuyler, Nebraska, on May 8, 1921, to John J. and Fannie (Jura) Spulak. She grew up in Schuyler and attended District #26 School in Colfax County. Mildred married Anton S. Novak on February 1, 1944, at St. Mary's Church in Schuyler. They lived and farmed in Stanton County for 37 years before moving to Columbus in 1980.

Mildred was a member of St. Bonaventure Catholic Church, Catholic Daughters of America, rolled bandages for the Red Cross and participated in Perpetual Adoration for 30 years.

She is preceded in death by her husband, Anton who passed away in December of 1980; parents, John and Fannie Spulak; sisters, Mary (Martin) Slope and Agnes (Amos) Steffel; and brother Jerome (Mildred) Spulak.

Remembrances can be sent at www.mckownfuneralhome.com.