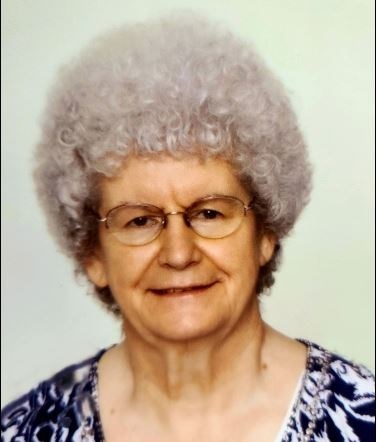 A Christian funeral service will be held at 2 p.m., on Friday, Nov. 19, 2021, at Bethel Evangelical Lutheran Church in York, Nebraska, with Pastor Mark Haefner officiating. Interment will follow at St. Paul's Cemetery, east of Gresham. Visitation will be from 1 p.m. - 8 pm, on Thursday, Nov. 18, 2021, with her family greeting friends that same evening from 6 p.m. - 7:30 pm at the mortuary in York.

Nancy was born Aug. 8, 1939, to Herbert F and Grace L (nee Rick) Degner in Reedsburg, Wisconsin. She was baptized on Sept. 19, 1939, and confirmed on March 29, 1953, into the Christian faith at St Paul's Evangelical Lutheran Church, Wonewoc, Wisconsin. She attended Voorhis District 2 Country School, Woodland Township, Sauk County for six years and graduated from eighth grade at St Paul's Evangelical Lutheran School, Wonewoc, Wisconsin. She graduated from Wonewoc High School in 1957. In 1960, she graduated from the three-year program at Dr Martin Luther College, New Ulm, Minnesota. She received a Bachelor's of Science degree in Education from Concordia Teacher's College, Seward Nebraska in 1962. She taught in Christian Day Schools in Stanton and Omaha,Nebraska.

Nancy taught Sunday School and was a LaLeche League Leader for many years. She was a board member and activities director of the Seward Area Christian Home Schoolers for 13 years. She was an avid gardener, preserving food for her family and generously sharing with many others.

Memorials may be directed to the family for later designation.

Condolences may be left for the family at www.metzmortuary.com.