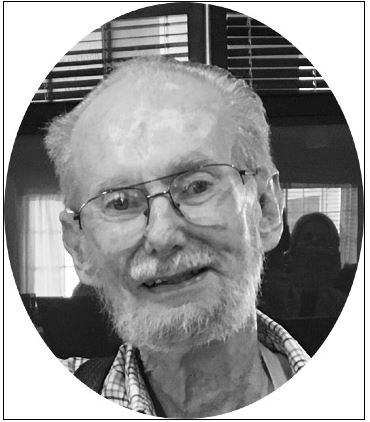 Due to COVID, a memorial service is not planned at this time. Memorials may be directed to the family to be designated at a later date.

Bob was born on May 12, 1939, to Ruth Marie (Gurley) and Robert P. Cothern Jr. in Paxton, Illinois. He grew up in Chicago and graduated from Steinmetz High School. He served honorably in the United States Army for two years before beginning his career at Stewart Warner. Bob went on to work at Skil and Appleton Electric. He was instrumental in setting up the plant in Columbus and also served as an instructor for employees at CCC before retiring in 2003.

On July 16, 1966, he married the love of his life, Janice Moschell at Acacia Park Church in Norridge, Illinois. While in Chicago, Bob served as Scoutmaster to his son Bob's Boy Scout Troop. Bob was a member of Trinity Lutheran Church as well as the Columbus Rifle Club. He enjoyed the outdoors and spending time camping, canoeing, hunting, working on the duck blind with his son in law, shooting trap and bike riding. Later in life, he spent his days reading and walking the dogs. Most of all, Bob enjoyed spending time with his family and attending his grandson's events when he was able, always asking, "But did you have fun?"

Published by The Columbus Telegram on Nov. 24, 2020.
To plant trees in memory, please visit the Sympathy Store.
MEMORIAL EVENTS
To offer your sympathy during this difficult time, you can now have memorial trees planted in a National Forest in memory of your loved one.
Funeral services provided by:
Gass Haney Funeral Home
MAKE A DONATION
MEMORIES & CONDOLENCES
Sponsored by Gass Haney Funeral Home.
0 Entries
Be the first to post a memory or condolences.