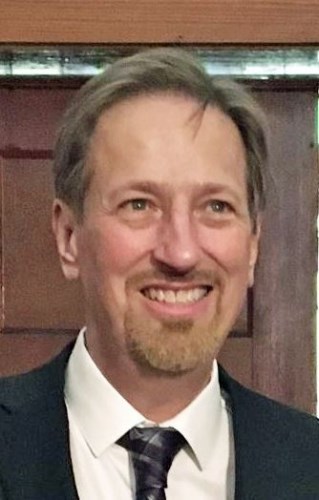 Private family services will be held. In lieu of flowers, donations can be made to a memorial in Stan's name to Her Health Women's Center, 5732 Sunnybrook Drive, Sioux City, Iowa, 51106.

Stanley was born Dec. 1, 1961, in Columbus, Nebraska, to Harold and Mary Jane (Vrana) Thoms. He attended school in Columbus, Nebraska. He graduated with an associate degree from Southeast Community College in Milford, Nebraska, and later earned a bachelor's of technology degree from Northwest Missouri State University in Maryville, Missouri. Stanley married Noreen Braun on Sept. 14, 1991, in Columbus. He loved flying and was a pilot, flight instructor and airplane mechanic in Columbus, helping many students fulfill their dreams of flying. Following his aviation career, he worked in sales and retail for several years in the Siouxland area. Most recently, he enjoyed being full-time caregiver to his mother Mary.

In addition to flying, Stanley enjoyed hunting, Star Trek, cooking for his family, and spending time with them playing board games and video games, shopping and traveling.

He was preceded in death by his father, Harold; half-sister, Twila Mills; and niece, Lindsey Shemek.

To plant trees in memory, please visit our Sympathy Store.
Published by The Columbus Telegram on Mar. 2, 2021.
MEMORIAL EVENTS
No memorial events are currently scheduled.
To offer your sympathy during this difficult time, you can now have memorial trees planted in a National Forest in memory of your loved one.
Funeral services provided by:
Hansen Funeral Home - Vermillion
MAKE A DONATION
MEMORIES & CONDOLENCES
Sponsored by Hansen Funeral Home - Vermillion.
3 Entries
Our thoughts and prayers are with you all. I have known Stan all my life. Mary Jane was coming out of the hospital with Stan and my mom was going into the hospital to have me. I will miss you Stan. We celebrated many birthdays together and many other great times. You are in our hearts forever. Love, Debie
Debie (Fritz) Pontarolo
March 4, 2021
Noreen, and the kids. Way to early to go. Will miss the stories of all of the family when he would come back to me for a haircut. Long time friend for 46 years. Praying for you all.
Rick Hurner
March 2, 2021
Noreen and Family; I AM SO SORRY FOR THE LOSS OF STANLEY! My heart is heavy as I hear of this news. I have thought of you guys often through the years. Stanley was a Good Man. Always has been. Again Sorry for your Loss! Prayers to all of you!
Rochelle/Shelli Richards Seagle
March 2, 2021