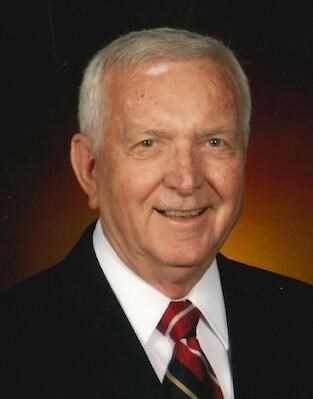 He was born in Marked Tree, Arkansas on September 29, 1930, to Fred Hendrix and Floy Cummings. Bob served in the U.S. Marines Corps during the Korean Conflict. He then attended Lambuth College where he earned his Bachelor's degree and was a charter member of the Kappa Alpha Order. It was during his time at Lambuth that he met Janie. They were married on June 24, 1960, and raised three children together, Lauren, Carol Ann, and John. Bob earned his Master's degree from Memphis State University and spent much of his career with Memphis City Schools as a teacher, counselor, and administrator. After retiring from Memphis City Schools, he served as a guidance counselor at Christian Brothers High School. Bob was a very faithful and active member of St. Luke's United Methodist Church.


To plant trees in memory, please visit our Sympathy Store.
Published by The Commercial Appeal from Mar. 16 to Mar. 21, 2021.
MEMORIAL EVENTS
No memorial events are currently scheduled.
To offer your sympathy during this difficult time, you can now have memorial trees planted in a National Forest in memory of your loved one.
Funeral services provided by:
Memorial Park Funeral Home & Cemetery
MAKE A DONATION
MEMORIES & CONDOLENCES
Sponsored by Memorial Park Funeral Home & Cemetery.
3 Entries
Mr Hendrix was such a positive influence in many of our lives while he taught at Longview Jr High back in the day. He was stern bu fair in his dealings with all his students. A truly good educator when education was delivered in the classrooms by devoted teachers like him. May God give you peace during this time of healing.
Barney Barnhart
March 21, 2021
In loving memory of a wonderful person. We will love you and miss you always.
Carolyn Sawrie
Sister
March 16, 2021
Offering our deepest condolences during this difficult time.
Staff of Memorial Park Funeral Home & Cemetery
March 16, 2021
Showing 1 - 3 of 3 results