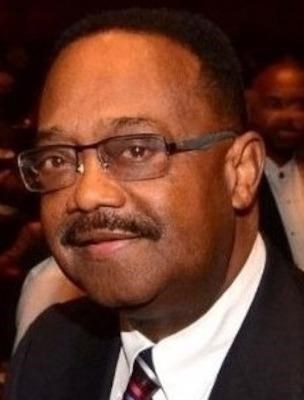 Memphis - Booker Taliaferro Washington, Jr., 74, died in Memphis, TN on February 28, 2021. Known by family and many friends as B.T., he was a 1964 graduate of Douglass High School in Memphis, TN and an alumnus of National Louis University, where he earned a Bachelor of Arts degree with a Concentration in Management.

A 30-year retired Air Force (AF) combat-disabled Chief Master Sergeant, B.T.'s AF career consisted of over twenty-two years of assignments in Asia, primarily in the Philippines, South Korea, South Vietnam, and Thailand. During those tours, he served in part in support of combat communications units, most notably the 5th Tactical Control Group and the 1961st Communications Group. A highlight of his last tour in the Philippines was the recognition that one of his facilities (the 6922nd Electronic Security Service Communications Center) received for having won the James C. Swindell Award for three years straight as the best communications center supporting the Electronic Security Command's (ESC) worldwide mission.

Upon his promotion to Chief Master Sergeant, B.T. served another tour of duty with ESC through an assignment to the National Security Agency (NSA) where he was NSA's Telecommunications Certification Officer. In that capacity, he was responsible for ordering and cancelling communications circuits and lines in support of the NSA's worldwide clandestine missions.

In 1989, he was reassigned to the AF Communications Command's Inspector General Team at Scott Air Force Base, IL, where he conducted operational readiness inspections of the AF's worldwide communications units.

Upon his retirement from the AF, B.T. became a Tax Examiner with the Memphis Internal Revenue Service Center. After a couple of years performing in that capacity, he was transferred to the IRS Telecommunications Division. During this assignment, B.T. also performed duties as a collateral duty Equal Employment Opportunity (EEO) Counselor whereby he was responsible for resolving complaints of EEO discrimination raised by IRS employees and/or applicants.

In 2001, B.T. was recognized for his efforts in setting up the IRS's Employee Resource Center. Shortly thereafter his efforts as an EEO Counselor were recognized by the U.S. Treasury Department's management and he was picked up as a full time U.S. Treasury investigator. In this job B.T. was responsible for investigating EEO discrimination complaints throughout the Department of the Treasury (i.e., Customs, IRS, Secret Service, ATF, Bureau of Mints and Engraving, Comptroller of the Treasury, etc.). He subsequently conducted numerous investigations all over the country and was recognized as one of the top Treasury EEO investigators in 2005 and 2008.

B.T. retired from the Treasury on April 30, 2009. With this retirement B.T. was able to spend more time working on his Ford Mustangs. He was one of the founding Members (and Moderator) of an Internet Forum that serviced 1971-1973 Mustangs members throughout the U.S. and in a number of other countries. In 2017, B.T. was selected for the Governor's Shelby County Volunteer Star Award for his work as the Raleigh Police Joint Agency Coordinator, a role that he held for four consecutive years. In 2019, B.T. became an active member of the Veterans of Foreign Wars (VFW), an organization dedicated to fostering camaraderie among United States veterans of overseas conflicts, and to serving and advocating on behalf of veterans.

The visitation will be held on Monday, March 8th from 5:00pm to 7:00pm at MJ Edwards Stage Road Chapel. A memorial service will follow on Tuesday, March 9th at 11:00am, also at MJ Edwards Stage Road Chapel. Strict masking and social distancing measures will be in place. The interment will take place at 1:00pm on Tuesday, March 9th at West Tennessee State Veterans Cemetery. In lieu of flowers, donations may be made to Veterans of Foreign Wars (VFW) or Disabled American Veterans (DAV).