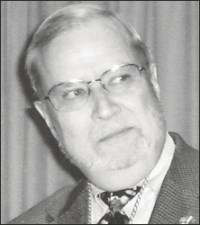 Jason K Burdette
Skokie IL
Jason Burdette
January 21, 2012
So sad to hear of this terrible loss. Condolences to Kathy, the wider family and friends. We are all thinking of you in Ireland at this difficult time. A life of immense public service which will be richly remembered.

Tess and Peter on behalf of the McAuley family

May the roads rise to meet you,
May the wind be at your back,
May the sun shine warm upon your face,
The rain fall soft upon your fields,
And, until we meet again,
May God hold you in the palm of His hand.
Peter O'Neill
January 13, 2012
Sylvia and I sympathsize with Kathy and the entire family of Courtney over the sudden loss of a great husband, father, grandfather, and friend of many including us. Court was a real friend and a great Men Off Campus (MOC) member over all the years since our time together at Northwestern University over 55 years ago. We spent time with you in the Chicago area, San Francisco and here in the Annapolis/Washington, DC area when our travels brought us together for fellowship. May God be with your family and provide comfort in the days and years ahead. We all will miss Court!
Dick & Sylvia Engwall Annapolis, MD
January 12, 2012
John, Brian, and Steve,
I have very fond memories of your wonderful dad. Boy Scouts, car pooling to CBHS (Grand Torino Wagon???), hanging around the house... good times! I pray that God will comfort you and give you peace.
Bryan Hornsby
Bryan Hornsby
January 12, 2012
So sorry for your loss, prayers to the entire family.
Gail Churinetz
January 11, 2012
It was our privilege to have Court and Kathy's friendship since our days at Northwestern University. A gentle and kind man will be missed by all.