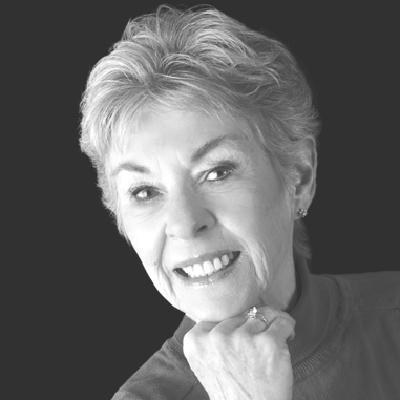 Donna Stringer died at her home on December 14, 2018, after a battle with COPD. Her parents were Dale E. Uhler and Joyce M. Boyer of Allentown, PA. Donna was born in Allentown, PA, on 1 April 1947. She graduated from Harcum Jr. College in Bryn Mawr, PA, in 1967 as a member of the Phi Theta Kappa Honor Society. Initially employed by the Central Intelligence Agency, she came home for a short period before her desire to see the world prompted her to become a Flight Attendant with Braniff Airways where she worked from 1970 until 1982. She met her husband, Neil, a new Braniff pilot, while they were both based in Minneapolis, MN. They married in Bethlehem, PA, in May of 1974.

After a string of four post-deregulation airline bankruptcies, Donna took a series of different jobs. In Virginia, she was first in her class when trained as an insurance representative for USAA. Her first job in Memphis was as a service representative for a snack company driving a truck around town. Then a series of administrative positions which she disliked because she hated being cooped up in an office all day. Finally, in March of 2002, she and Neil purchased a franchise for Curves, which she loved because it got her back into the people business. Donna finally retired in October of 2007.

Once retired, she indulged in her passion for horticulture in all its forms. She graduated from the Tennessee Master Gardener program in August 2008. In 2009 she graduated from the Strawberry Plains Naturalist class and attended the class in Urban Forestry. She racked up many, many hours volunteering for Memphis Botanic Gardens, Lichterman Nature Center, and particularly for her favorite, the Dixon Gallery and Gardens. She served on the TOGG (Through Our Garden Gates) Committee for many years. She was a member of the Memphis Hydrangea Society and of the Memphis Horticultural Society which recently presented her with the prestigious 2018 Award of Horticultural Excellence. After participating in workshops for several years, she was invited to join the local chapter of the Ikebana Society, always learning how to further her mastery of the art of flower arranging. And she never failed to go to every Gardens in Progress to get new ideas for her plant collection and to scout for new locations for the annual TOGG tour. In the process she gathered a large contingent of very good friends.

Donna and her husband enjoyed cruising while traveling and the theater when they were home. They were long-time subscribers to the Orpheum, Theatre Memphis and Playhouse on the Square.

A memorial service will be held at a time and place to be determined and announced at a later date. In lieu of flowers, please consider a donation to the Dixon Gallery and Gardens. "Don't cry because it's over. Smile because it happened." – Dr. Seuss.
Published by The Commercial Appeal from Dec. 15 to Dec. 16, 2018.
To plant trees in memory, please visit the Sympathy Store.
MEMORIAL EVENTS
To offer your sympathy during this difficult time, you can now have memorial trees planted in a National Forest in memory of your loved one.
MAKE A DONATION
MEMORIES & CONDOLENCES
1 Entry
Condolences are kindly offered to the family of Donna Jo Uhler Stringer on behalf of The Class of 1965 of Liberty High School, Bethlehem, PA.
Susan Derr Kirk
March 5, 2019
Showing 1 - 1 of 1 results