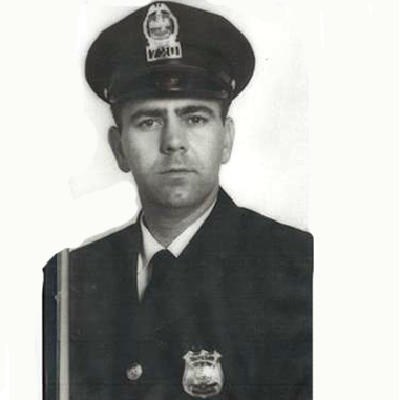 Donnel Frederick Walden, died on August 25, 2017. Born Memphis, TN August 27, 1934. Parents Gertrude (Sue) Smith Walden and William Frederick Walden. Worked as a child with father and grandfather delivering Keathley Pies on their local route. At age 13, he went to work at the Fairgrounds Amusement park at the old Walking Charlie concession but had to move to the photo booth dark room so he could work without being seen because of child labor laws. He soon took over the photo concession at the Memphis Zoo and worked there until he was drafted into the U.S. Army in 1957. He served two years in Germany.

In 1963, he celebrated two great events in his life -he married the love of his life, Nora Mason and also joined the Memphis Police Department, eventually managing the photo lab. He retired in 1993 with the rank of Captain.

Donne was an avid photographer and took pictures all his life. He had a vast collection of black and white 8x8 pictures of family, friends, and Memphis as it was in the 1950's and 60's. Copies of these pictures are maintained at the Memphis Room of the Memphis Public Library. He loved to share stories and show his pictures to friends and family.

He was also a frequent contributor and sometimes commentator on WKNO's MEMPHIS MEMOIRS documentaries about Memphis' past. His memory of Memphis history is also preserved in several books about the Zoo, Fairgrounds, and other Memphis topics. He was a member of the Mid-South Fair Historical Committee for years.

Published by The Commercial Appeal on Aug. 30, 2017.
To plant trees in memory, please visit the Sympathy Store.
MEMORIAL EVENTS
Aug
31
Visitation
6:00p.m. - 8:00p.m.
Family Funeral Care Memphis
4925 Summer Ave, Memphis, TN
Sep
1
Service
2:00p.m.
Family Funeral Care Memphis
4925 Summer Ave, Memphis, TN
Sep
1
Burial
Forest Hill East Cemetery
TN
Funeral services provided by:
Family Funeral Care Memphis
MAKE A DONATION
MEMORIES & CONDOLENCES
Sponsored by Family Funeral Care Memphis.
10 Entries
I just learned of Donnie's passing. Knew him when I was with the SCSO. When I moved to Bartlett in 1994 was pleasantly surprised to learn my house was only one block down the street from his.
A great guy that will be missed.
Bob Bryant
December 27, 2018
This was one of the finest men I ever had the honor to know. He was always gentle and guiding in his instructions and thorough. Nothing was ever left to chance with him.
We had mutual friends in the Lambert Family and we always shared info on how they were doing. I was always amazed at that steel trap mind of his, and the vivid recollection of details.
He was always professional in his dealings with anybody, and very cordial.

Some people profess to abiding by the golden rule, but Donne lived it!! I can think of no one who had an unkind word or bad about him. Nothing in his area at the Memphis Police Department was left to chance. He could account for every item that came under his control. He also took the time to research the most cost effective means of making the photo lab work and very much under budget.
He was never afraid to advise the command staff of a problem and more so, never hesitated to call their hand on an unnecessary project, that would be questionable. His opinion was trusted and very much respected by everyone.

I truly regret that I did not know he had passed away. He was one of a kind and a treasure to have as a friend. He was one of those rare people who would stand up for the people under his command and never entertained passing the buck.
I will miss him, and know beyond a reasonable doubt and to a moral certainty, he is in heaven at this very moment. Put in a good word for us Donne. You are one of God's own.
Lt. John T. Dwyer (MPD-Ret.)
October 23, 2017
I knew Donne from his work with the Friends of Law Enforcement Committe. He was a fixture at all Sheriff's Academy Graduations and presented a plaque to the outstanding recruit/graduate. He truly loved memphis and it police and Sheriff's Deputies. Donne you were loved and respected and you will be missed.
Terry Lomax
September 2, 2017
My most sincere condolences to Donnie's family, and especially his wife, Nora. I have been fortunate to attend Walden family holiday celebrations with my dear Danny Mason. I very much enjoyed Donnie's stories and photos of Memphis past, as well as a wide range of family photos. It was easy to see he was a dear husband and lovely person.
Nancy Wiltshire
August 31, 2017
So very sorry to hear this. Donnie was one of the great ones. Always a smile on his face and a good word for everyone. He will be missed by all who knew him and were privileged to have him as a friend.
Vince Hughes
August 30, 2017
Mr. Donnie was a very good friend of my parents who thought the world of him.
He was a wonderful man & will be greatly missed by us all.
Our condolences to his family during this difficult time.

Kim Moore
Kim Moore
August 30, 2017
Our condolences to your family. I remember Mr. Walden as a dear friend of my dad's (Edward Sisk - Memphis Police Dept - deceased) when I was a child. Many fond memories of him. Very fine man.
Judy Sisk Arnold
August 30, 2017
I remember Mr. Walden well. He was a dear friend of my father's (Edward Sisk) at the Memphis Police Dept. I remember my parents and myself visiting you in your home when I was a child. I know that my dad cherished his friendship over the many years that they worked together. My sincere condolences.
Judy Sisk Arnold
August 30, 2017
I am so sad to hear of this. I just talked to him just after Mark died... He is responsible for me working in the MPD Photo Lab! I loved him very much! He will be truly missed......
Laura (Sissie) Simpson
August 30, 2017
Offering our deepest condolences during this difficult time.
The Staff of Family Funeral Care Summer Avenue Chapel
August 30, 2017
Showing 1 - 10 of 10 results