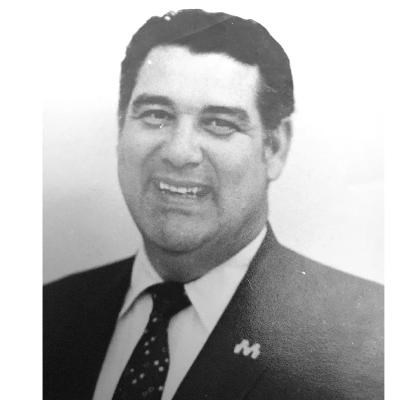 Frank Ray Hester Sr. , 83, passed away peacefully on March 21, 2019. He was born in Rutherford, Tennessee on July 13, 1935. He was preceded in death by his parents, Paul and Forrest Hester and brother, William Hester.

He served our Country in the Army and Marine Reserves and continued his life of service with the Memphis Police Department for 31 years. Frank was a founding member and Public Relations Director for A.C.R.E. He has always advocated for the retirees of the City of Memphis.

Visitation will be held at Hope Church Chapel (Entrance 2) in Cordova on Sunday, March 24th from 6-8pm.

In Lieu of flowers, the family is requesting donations be made to the Tennessee Police Benevolent Fund, St. Jude, or the charity of your choice.

Published by The Commercial Appeal on Mar. 23, 2019.
To plant trees in memory, please visit the Sympathy Store.
MEMORIAL EVENTS
Mar
24
Visitation
6:00p.m. - 8:00p.m.
Hope Church Chapel (Entrance 2)
Cordova, TN
MAKE A DONATION
Please consider a donation as requested by the family.
MEMORIES & CONDOLENCES
3 Entries
Mr. Hester was one of those people we seldom meet who are genuinely concerned about the welfare of their fellow man. They consume themselves with the authentic care for another person. When they get the opportunity to do something really important for others, they do it. No fanfare or accolades needed.
Without hesitation they will stand up for the little guy against all the odds and powerful people.

I have known Mr. Hester a very long time, and he was always the genuine article. Always asking, "is there anything I can do for you?"

When my father passed away, he was one of the very first to call and offer his condolences. Likewise, when my younger brother died. He didn't have to, but did. I always appreciated, respected, and admired him, long before I came on the Memphis Police Department.

He believed in Memphis, it's people, and most of all the little guys who worked for the City of Memphis. A very sincere advocate for doing what's right, and being instantly ready to confront wrong.

Whoever came up with the saying "Service above self" had Mr. Hester in mind when they did.

I grieve with his family and consider it an honor to have known this good man. He was one of the best representatives of the statements: "Do unto others as you would have them do unto you." and "Love one another, as I have loved you." He really did love people.
Lt. John T. Dwyer (MPD-Ret.)
March 25, 2019
Our sincere sympathy to the family may God always keep your loved one in his memory.
March 25, 2019
Al and I are thinking of you all and hoping that your favorite memories of Frank Sr will bring you peace as you say goodbye to your Dad, Father-in-law and Grandfather. We love you.
Al and Emily Nordskog
March 23, 2019
Showing 1 - 3 of 3 results