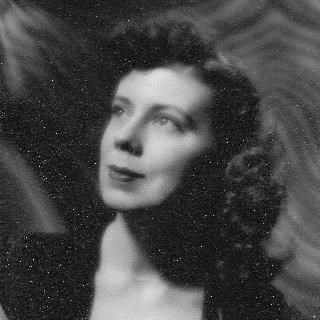 Gloria Pace Hendricks, a Chicago-born violinist, vocalist, choirmaster, teacher and recording studio musician whose violin performances can be heard in Isaac Hayes' theme from Shaft and Elvis' Memphis Album, died December 21, 2016 at her home in Memphis. She was 92. Mrs. Hendricks gave her first public musical performance at the 1933 Chicago World's Fair at age nine and then spent the better part of fifty years as an integral member of the Memphis music profession. She moved to Memphis with her family when her father, Ira Dale Pace, left the newspaper staff of the Chicago Tribune to join the staff of The Commercial Appeal in 1937. Although she, her mother, Hettye Nicks Pace, and sister Mrs. Henrietta Nash where new to Memphis, her family ties to the city included her paternal grandmother, Mary Lee Pace, niece of Captain James Lee, Sr., founder of the Memphis based Lee Line Steamboat Company. Mrs. Hendricks returned to Chicago to attend the American Conservatory of Music as a pupil of violinist Scott Willits and vocalist Lois Dyson. Following graduation, she returned to Memphis to begin her teaching career as the first choral music director at East High School when it opened in 1948 until 1955. She was also the first choirmaster of the children's choirs at Christ United Methodist Church. Mrs. Hendricks' orchestral career included performing as a member of the Memphis Open Air Theater Orchestra, directed by Joseph Cortese; the first Memphis Symphony Orchestra, directed by Dr. Burnett Tuthill; the Memphis Sinfonietta and Memphis Symphony Orchestra, directed by Vincent de Frank. In 1984 on the occasion of her retirement from the Memphis Symphony Orchestra, she was formally recognized by the Memphis Orchestral Society Board of Directors as "One of the pioneers of great music in Memphis"; an acknowledgement as well of her work as one of the few women studio musicians in Memphis. She recorded at Stax, High, American and Ardent studios with Memphis music legends including Isaac Hayes, Elvis Presley, Rufus Thomas and The Boxtops. She earned her master's degree in counseling from Memphis State University in 1967. A member of Second Presbyterian Church, Mrs. Hendricks was also a teacher and leader with Community Bible Study until past her 80th birthday. Mrs. Hendricks was the wife of the late hospital administrator, John M. Hendricks, Jr. She is survived by her son, Mark D. Hendricks. In addition she is survived by her niece, Jane Nash Smothers (Jerry) and nephew, Fredrick W. Nash, II (Deloris) of Aiken, SC. The family wishes to thank the staff of Baptist Trinity Hospice and requests that any memorial gifts be made to the Baptist Memorial Health Care Foundation for the Baptist Reynolds Hospice House. There will be a private graveside service. A public memorial service will be held at a future date.

To plant trees in memory, please visit our Sympathy Store.
Published by The Commercial Appeal on Dec. 24, 2016.
MEMORIAL EVENTS
No memorial events are currently scheduled.
To offer your sympathy during this difficult time, you can now have memorial trees planted in a National Forest in memory of your loved one.
MAKE A DONATION
MEMORIES & CONDOLENCES
3 Entries
Nancy Ditto
December 16, 2019
So sorry for your loss. May you always cherish the beautiful memories of Gloria in your heart forever.
Ann
December 26, 2016
Dear Mark,
My sincerest thoughts are with you at this time of grief and reflection.
Phillip Chance, MD
Seattke, WA
December 25, 2016
Showing 1 - 3 of 3 results