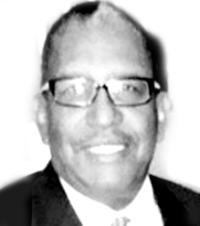 FUNERAL HOME
Harrison's Memorial Chapel Inc
3320 Millbranch Rd
Memphis, TN
JOEL JACKSON, SR., 64, of Memphis, 1968 graduate of Melrose High School, alumnus of University of Memphis, real estate broker, retired manager of Service Merchandise, former employee of Express Jets, and known in Orange Mound as the "T Shirt Man" and owner of Melrose Place, died on Wednesday, April 29, 2015 at Baptist Hospital East. He was a member of Westhaven Baptist Church. The following services will be held at Mount Gilliam Baptist Church, 1029 Raymond Street. Family will receive friends on Monday, May 4, 2015 from 4-7 p.m. Visitation, Tuesday, May 5, 2015 from 11-11:55 a.m. with Funeral Ceremony at 12 Noon. Interment in Calvary Cemetery, 1663 Elvis Presley Blvd. Joel's memory will be cherished by his wife of 39 years, Algenner Jackson, his son, Joel Jackson, Jr. (Sharlotte), his daughter, Tamisha Morris, his brothers, Joseph Jackson, Jarvis Jackson (Candice), Jonassen Jackson (Diane) and James Jackson, his sisters, Jeraldine Jackson and Jacqueline Holland, five grandchildren and a host of nieces, nephews, cousins, other relatives and dear friends. Distinctive Services by HARRISON'S MEMORIAL CHAPEL, INC. 901-452-7331
Published by The Commercial Appeal on May 1, 2015.
To plant trees in memory, please visit the Sympathy Store.
MEMORIAL EVENTS
To offer your sympathy during this difficult time, you can now have memorial trees planted in a National Forest in memory of your loved one.
Funeral services provided by:
Harrison's Memorial Chapel Inc
MAKE A DONATION
MEMORIES & CONDOLENCES
Sponsored by Greg Davis.
51 Entries 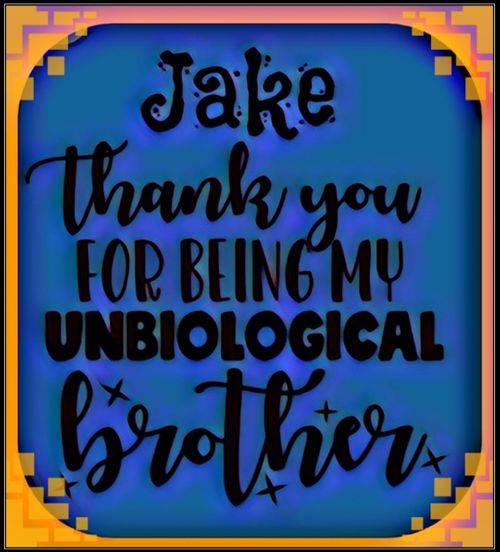 Jake - my dearest BFAM (Brother From Another Mother) ... today (your birthday) I/we honour your legacy and all the wonderful memories! You are NOT forgotten! 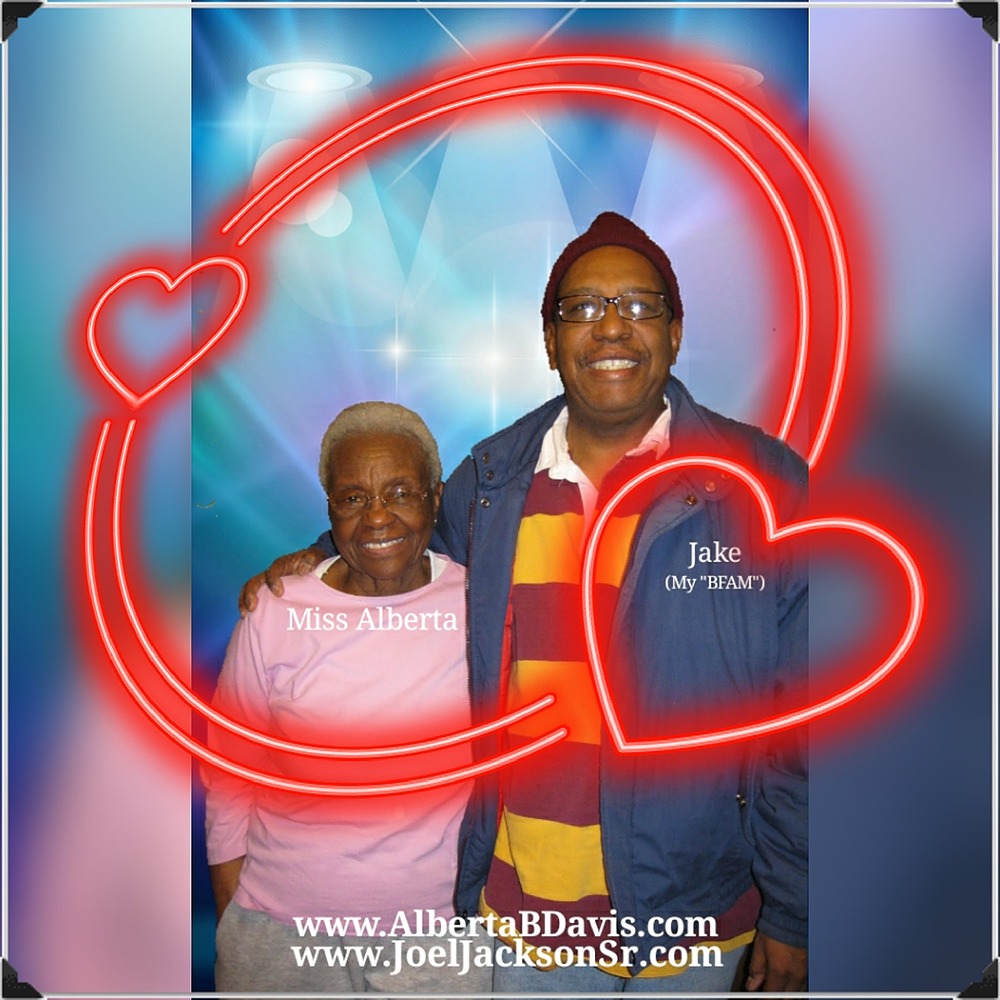 Mama/Miss Alberta and Jake ... my "Brother From Another Mother" (BFAM) and Best Friend!

Many fond memories ... gone - but not forgotten!

- Greg
Greg Davis
Friend
May 31, 2020
May God keep you, I am just finding out. I am saddened. Knew him as Joel *Yujack*
September 24, 2016
It's homecoming week and we miss you so. The alumni breakfast is Saturday and it's going to be so odd not seeing you there with all the paraphernalia laid out. We miss you so but we know that you are in a better place.
Janice Frazier-Scott
September 29, 2015
Thinking of you and the family and thought I would send you a little message. And light a candle of ever lasting light.God Bless you cuz, Love You
David SYKES
September 28, 2015
Classmates Forever/Class of 1968/The Very Best...Love To The Family.........................................................................
John Cranshaw
September 27, 2015
Joe aka Yujack, you will be missed. I'll always think of you as my online big brother. You've gone away on a long vacation. It's not goodbye but see you later. Another angel gone to prepare wins for someone else.
Florence C.
August 1, 2015
Well Joel or Yujaack as we referred to you on AOL...today would have been your 65th birthday. You might have even been surprised again with another birthday party. I really miss your presence in the room and of course I won't have anyone to complain about my Raiders to. I'll be seeing my friend.

Ernestine Fraction
May 4, 2015
May the love of friends and family carry you through your grief.
J. Anderson
May 4, 2015
I shall miss Joel, who was a fixture in the Orange Mound/Melrose community. His community and school spirit will never be forgotten. I have so many mementos that he created and each time I wear one of those special tee shirts, I will think of him and smile. The work that he has done truly speaks for him.

We will continue to keep his family lifted up as they adjust to his physical absence. He will never be forgotten.
Janice Frazier-Scott, Melrose Class of 1969
May 4, 2015
To: The Jackson Family
The Melrose High School family will truly miss Joel's presence. He made a huge, positive impact on the Orange Mound community. May God Bless and strengthen you.
Everett "Cool-Aid" & Mary Barnes
May 4, 2015
Gena you truly have a lot to thank God for. He blessed you with a good husband, good father to your children, a good brother to your sisters and his, a good provider, a good friend, and a all round good man. I thank God for the privilege of knowing him as my brother and friend.
Dorothy Seawood Love
May 4, 2015 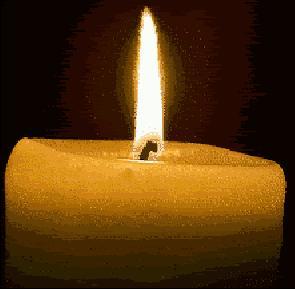 I am deeply saddened by the news of Joel's passing. My thoughts and prayers are with you and your family. God bless you.
Jacqueline Washington
May 3, 2015
I am truly sorry for your lost. I am praying for the family's strength as you go through. Not only on this day, but in days to come as well. Much love to (Jackie, Jasmine, and Janelle).
Bettie Hall
May 3, 2015
R.I.Paradise!
May 3, 2015
It is an honor to have known "Brother Jackson" and the entire family. It is my prayer that you will be comforted and encouraged by the love of friends and family.
Mable Williams
May 2, 2015
My dear friend, i will miss our online antics and your sense of humor. R.I.P..
Gone but not forgotten.

Condolences to the family. May God wrap his arms around you in your hour of sorrow.

B Mays ([email protected])
May 2, 2015
So sorry for your lost, RIP MR. JACKSON!!!!!!!
Ersie Harris
May 2, 2015
Our thoughts and prayers are with you at this difficult time. Take comfort in knowing that we will meet our loved ones again.Until,Cherish the memories.
Samuel and Linda Morgan
May 1, 2015
Joel will be missed by many. Classmates of MELROSE 1968. Prayer for the family.
Gladys Roberson-Laws
May 1, 2015
God knew best I'm praying for our family's strength.
May 1, 2015 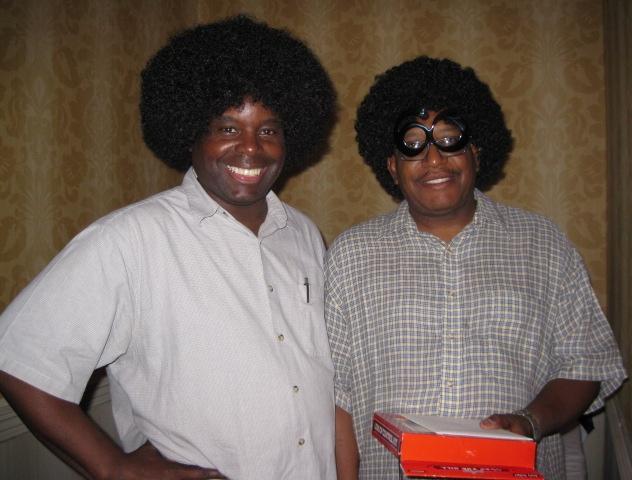 Algenner, Boomer, Tammy ... Jackson Family. I'm humbled and honored to have known Jake. Although he's physically "gone," he'll always be with us. Memories ... PRICELESS! Jake - From/since our "Memphis State days" to the present ... Thank you for sharing/giving so much and for being "MY Buddy!" Enjoy your well-deserved "rest."
Greg, Carol, Ms. Alberta and Malachi
May 1, 2015
My prayers go out to Algenner and the entire Jackson Family. May God continue to give each of you strength during this difficult time. Orange Mound will truly miss Joel. RIP my friend.
Charlene Oakley Smith
May 1, 2015
To the Jackson family: My deepest condolences are with this entire family. I will never forget Mr. Jackson because you all were always at Carver High School Alumni picnic where I will cherish all of the t-shirts that I bought. I also worked with your son Joel, Jr. at Southwest Tennessee Community College. May God continue to bless this entire family during this most difficult time.
Rosalyn Miller Williams
Carver High School Class of 1979
Rosalyn Williams
May 1, 2015
R.I.P. JAKE U ARE A GREAT PERSON & FRIEND GENA & THE JACKSON FAMILY U ARE IN MY PRAYS GENA YOUR ANGEL IS IN HEAVEN NOW WATCHING OVER YOU JAKE YOU WILL BE GREATLY MISS LOVE TO ALL OF YOU KNOW THAT GOD GOT IT
JUANITA SULLIVAN
May 1, 2015
I worked for Mr. Jackson at Service Merchandise back in the day. He later sold my mom's house in Whitehaven. He was such a great man. I am so sorry for your loss.
Bob Scheilbelhut
May 1, 2015
To the Family & Friends of Joel, what a special individual God shared with us. I met Joel on AOL many years ago. Social media is amazing when you are given the privilege to meet ppl like Joel as we called (Yujaack, his screen name).
Please accept my condolences and know that my prayers are with you all. Thank you for sharing him with us thru the internet and meeting such a great man of God. He will surely be missed.
Susa Smith
May 1, 2015
R.I.P. GOD GOT ANOTHER ANGEL TO MY BIG SIS JENA U & JAKE ALWAYS GAVE ME GOOD ADVICE I ALWAYS ENJOY TALK WITH YALL & TO THE REST OF THE JACKSON FAMILY YOU HAVE MY DEEP SYMPATHY & LOVE MY PRAYERS ARE WITH ALL OF U
JUANITA SULLIVAN
May 1, 2015
juanita sullivan
May 1, 2015
Fly High Jake!much love to you. RIP
Linda Wilchie & Family
May 1, 2015
Algenner and family, Joel and I were classmates c/o 68, he was a model student in school and such a wonderful person, PERIOD. I spoke with him several times last year to ensure that C.L.O.S.E would be in the Heritage Classics Parade. He was truly a Melrose Golden Wildcat! Please accept my heartfelt sympathy and may God Bless you and your family!
Pauline Hibler
May 1, 2015
Nice man to chat with
msrissa g
May 1, 2015
Algenner and the Jackson family it is with a heavy heart that I send this note. Jake was a great person and he will truly be missed by all. I pray that God will meet each of you at your point of need and comfort you. Peace and blessings. Keith Bridgeforth and family.
May 1, 2015
Showing 1 - 51 of 51 results