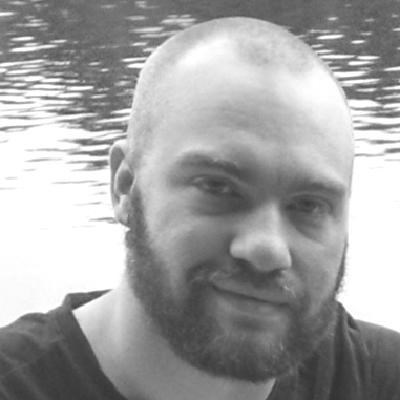 John Swink Fite, 24, who achieved the Eagle Scout rank in the Boy Scouts of America and who attended Union University and The University of Memphis, died August 17, 2017.

John had a gift with the English language, was very creative, loved cinema and philosophy, had a spot-on sense of humor and was a loyal family member and friend. He was kind.

John, who was born on March 30, 1993, was home-schooled much of his life, but he also attended Central Baptist School and Houston High School. He played church-league sports including soccer. He loved the outdoors and spent much of his formative years on Boy Scout campouts: hiking, canoeing and forming some of his best friendships, talking into the wee hours about God and life. He grew up enjoying yearly ski trips with the Priester clan and trips to the Alabama Gulf Coast with his family. John had a passion for science and science fiction, literature, anime, fantasy, European metal bands, and eccentric humor.

John struggled with depression starting in high school. He saw many doctors, but no one could adequately diagnose his illness. Even at that, John hung in there, extensively researching his condition and reaching out to others who shared his symptoms. He made a web page to seek information, and he formed a Facebook group to help others as well as himself. He corresponded with people all over the world to collaborate on finding answers. His family and extended family pursued every possible treatment available.

Now he is at home with his Heavenly Father.

Words cannot begin to express the loss we feel from John's homegoing. But we are comforted, above anything else, that John put his faith in Jesus, and Jesus never let him go.

The visitation will be held at Harvest Church of Memphis on Saturday, August 26 from 12-1 p.m. with the service to follow immediately at 1 p.m. A private family burial will be held before the service.

Please send any gifts to Calvary Rescue Mission in Memphis.

Published by The Commercial Appeal from Aug. 24 to Aug. 25, 2017.
To plant trees in memory, please visit the Sympathy Store.
MEMORIAL EVENTS
Aug
26
Visitation
12:00p.m. - 1:00p.m.
Harvest Church of Memphis
TN
Aug
26
Service
1:00p.m.
Harvest Church of Memphis
TN
Funeral services provided by:
Memorial Park Funeral Home & Cemetery
MAKE A DONATION
MEMORIES & CONDOLENCES
Sponsored by Memorial Park Funeral Home & Cemetery.
4 Entries
So sorry to see this Shan. My prayers are with you and your family. Sylvia Hancock
Sylvia Hancock
August 30, 2017
May the thought of knowing that friends family and God share your grief be of comfort to your family. (Pro 17:17)
Patrice
August 26, 2017
Offering our deepest condolences during this difficult time.
Staff of Memorial Park Funeral Home & Cemetery
August 25, 2017
Many prayers are with you in this devastating time that God will give you the strength to endure this unimaginable loss. With sympathy, Anonymous parent of one of ms. Fites students.
August 23, 2017
Showing 1 - 4 of 4 results