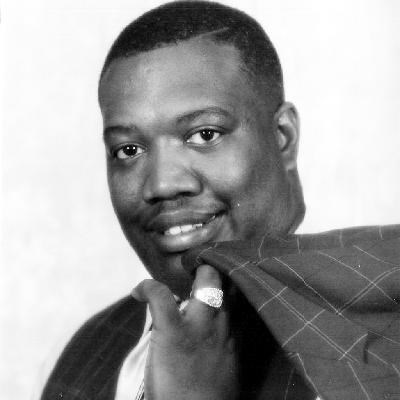 departed this life on Saturday, December 5, 2015 at Methodist Hospital South at the age of 42. Mario was born August 26, 1973 to the late Marion Nettles, Sr. and Betty Evans. Mario graduated in 1991 from Westwood High School. He confessed his love for Christ at an early age. At a very early age, Mario knew his calling was to serve in law enforcement. He became an Explorer at the Memphis Police Department at the age of 16. At 18, he became a PST Technician. Then at the age of 21, he was accepted into the Memphis Police Academy. Although, he loved serving in law enforcement, God did not make that his final appointment. He was called to a higher power and ordained as a minister. Mario was a devoted husband, father, son, brother and friend to many. Mario served faithfully at Growth Central Church. Mario married Roshelle Johnson on July 2, 2011. To this union, a blended loving family was born. Mario was preceded in death by his father, Marion Nettles, Sr., Step-father, Forrest Evans and a daughter, Miracle Grace. He leaves to cherish his memories: his wife, Roshelle; loving mother, Betty Evans; his children, Julisha, El Paso, Roddarius, Mariah, Shemaiah, Caimon, Denequa, Geresha, Maciah, Makaylah, and Cameron; grandchildren, Justin and Maysen, two sisters, Kenya Henderson, Jacklyn Nettles Taylor, and a host of uncles, aunt, nephews, nieces, cousins, and friends. Family and friends are invited to a visitation on Friday, December 11, from 5 p.m. to 8 p.m. at MJ Edwards Funeral Home Whitehaven. The Homegoing Celebration will be Saturday, December 12, at 11 a.m. at Mt. Vernon Baptist Church Westwood, 620 Parkrose Rd, Memphis, Tennesse followed by the Interment at Memorial Park Southwood on Hacks Cross.
Published by The Commercial Appeal from Dec. 9 to Dec. 11, 2015.
To plant trees in memory, please visit the Sympathy Store.
MEMORIAL EVENTS
To offer your sympathy during this difficult time, you can now have memorial trees planted in a National Forest in memory of your loved one.
MAKE A DONATION
MEMORIES & CONDOLENCES
29 Entries
Our thoughts and prayers are with you. Officer Nettles became involved with Craigmont High School's Student Council about 3 years ago. He assisted us with our yearly parade and the 2014-15 school year with the MPD Black History Knowledge Bowl. He and Officer Cheathem were our teams' captains. He was committed to our practice meetings and bringing snacks for our teams. He called if he couldn't make it. He stayed true to his promise to them that if they studied hard and did their best that he would reward them with a field trip and lunch. Collectively, we did. Some of them have been informed and sent their condolences and plans to win this year's Bowl in honor of him. He made a difference during the season he was in their lives. May God keep you in His care. Carolyn Taalib-Din, Alvin Wright, Jeanine Brooks-Jones (Advisors & Coaches) & Craigmont High School Student Council & Black History Knowledge Bowl Team.
Carolyn Taalib-Din
January 8, 2016
I MISS YOU MY FRIEND. YOU ARE THE BEST A BUD COULD HAVE ASKED FOR. LT. STEVEN WARE
January 5, 2016
Ms. Evans
December 16, 2015
Offering your family condolences during this sad occasion and mAy your loved one rest in peace.
December 15, 2015
I met Mario this year when I started working with the police department. He was a gentle person. The last time I saw him he was discussing with a young lady about not attending worship. I know he made a difference within someone's life. May he rest in peace. May the family find comfort in knowing he made a difference.
DEBBIE BOND
December 15, 2015
My condolences and prayers to the Nettles family. May God continue to comfort you.
Luceal Jordan
December 14, 2015
Nettles Family:

Earth's loss is heavens gain. May you all have peace knowing that Mario is resting in our Lord and Savior's loving arms.
The Newman's
December 13, 2015
Roshell, Mother & children, my thoughts and prayers are with each one of you. May God comfort and give each one of you strenght! Love always
Tina Austin
December 13, 2015
I am praying for each of you. Marion was a wonderful person and will truly be missed.
Patrice Partee
December 12, 2015
Praying for the Nettles family....may God give you peace and comfort during your time. c/o '91 Westwood Longhorns
Sherry Meeks-Scott
December 12, 2015
My God Bless Your Family,and strengthen them . Love Shirley Mccoy
December 12, 2015
My condolences to the family. My prayers are with you and all that had the pleasure of meeting and knowing such a wonderful person. Heaven is receiving a beautiful angel that we will definitely miss.
Donna Young
December 11, 2015
Mario left his body here on earth after serving GOD as an Officer here on earth. Mario still lives on in GOD'S next assignment for him.
We will see him again in GOD'S KINGDOM.
Dwayne Nesbitt
December 11, 2015
May God wrap you in comfort,peace,understanding in his love.,Is my prayer for the Nettles family at this most difficult time.
Linda Rogers
December 11, 2015
May God bless you and your family in this time of sorrow.
charles brownlee jr
December 11, 2015
Sending my sincere condolences to the Nettles family.
Stephen White
December 10, 2015
Condolences to the Nettles family.
Claire Jackson
December 10, 2015
Sending my condolences to the Nettles family during this difficult time. Praying for God's continued strength during the difficult days ahead.
Kyatonie Jones-Miles
December 10, 2015
Going to miss our daily fights evertytime you came to visit your wife Rip Officer Nettles
Cynthia Floyd
December 9, 2015
May God Give You The Strength and Comfort You Need During This Diffcult Time.Much Prayer,Foreeta Yarbough
December 9, 2015
Hate u had to leave so early nephew.
Malcolm Hardaway
December 9, 2015
Sending my condolences and prayers to the Nettles and Evans families. Junior was a cool neighbor when we were all growing up. May God shower his family with strength, comfort, and peace during this difficult time.
Toccara Carpenter
December 9, 2015
Roshelle. .Mario loved you and the kids so dearly!!I have you the kids and family in prayer. May the Peace of God which surpasses all understanding rest and abide with you and our family.
Debbie Duncan-Jones
December 9, 2015
My deepest sympathies to the Nettles family during this difficult, difficult time. I know that Mr. Nettles was deeply loved by his daughter that I teach, and that my class is very sorry for her father's passing. You are in our thoughts and prayers. Please know that we miss you and care about you and your family during this dark time.
Denise Williams
December 9, 2015
Deepest sympathy in the loss of your loved one. Such a kind man.

Your Cypress Point Cv Neighbors,
Clint and Kelly McLure
December 9, 2015
Sending Heartfelt Condolences to the Nettles' Family During This Difficult Time. Praying For You All!! The Washington Family (and Theori Wade)
Martha Washington
December 9, 2015
I'm going to miss your smile that greeted us on your visits to the school. I could see the love you had for your family in the things you did. It is my prayer that your gentle spirit will help them make it through this difficult time. Rest in peace.
Gwenette Davis
December 9, 2015
My deepest sympathies and prayers are with Nettles family. We were classmates and use to be friends in school
LaJuana Smith
December 9, 2015
To the Nettles Family,
Please accept my condolences on the passing of Marion. May God wrap his loving arms around the family at this time and give you the comfort you will need in these difficult days. Weeks. and months to come.
Joyce Wilson-Hudson Memorial Park Southwoods Cemetery
December 9, 2015
Showing 1 - 29 of 29 results