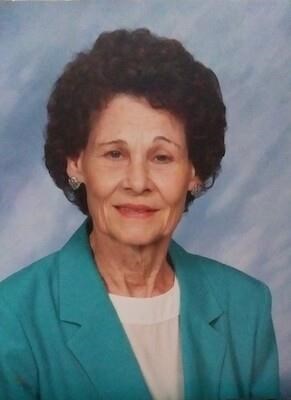 Ruth Loraine Todd, born 10/1/1927 in Braden TN., died peaceably at her daughters' home in Helena Al. on 5/7/2021 at the age of 93. Ruth was a beloved daughter and sister born into a family of her parents, Lawson and Mattie Jane Youngblood and four brothers and eight sisters.

Ruth was a devout Christian and was a loyal member of Wells Station Baptist (Memphis Tn.) for sixty-seven years. She was loved and will be missed by all.


To plant trees in memory, please visit our Sympathy Store.
Published by The Commercial Appeal on May 13, 2021.
MEMORIAL EVENTS
May
14
Graveside service
11:00a.m.
Memphis Memory Gardens
6444 Raleigh Lagrange
Funeral services provided by:
Memphis Funeral Home - Poplar
MAKE A DONATION
MEMORIES & CONDOLENCES
Sponsored by Memphis Funeral Home - Poplar.
1 Entry
In loving memory of a wonderful person. We will love you and miss you always.
Bryson and Kim Todd
Family
May 14, 2021