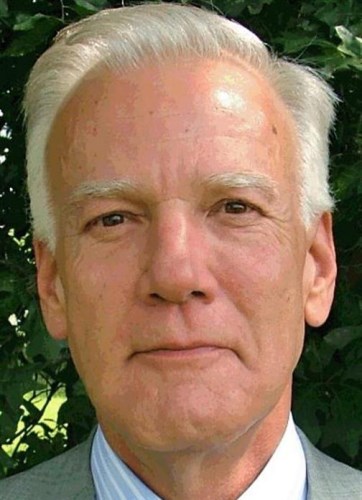 Surviving Paul are his wife, Terrie Partlow Prescott of Concord, NH, and his brother, Darrell P. Griffin, of Petaluma, California. Other members of Paul's family include his many nieces and nephews, his sisters-in-law, Debbie Griffin and Donnajean Griffin, and his brothers- and sisters-in-law, Ron Partlow, Jerry Partlow (Leslie), Bill Partlow (Jackie), and Dave Partlow (Brenda).

In addition to his parents, Paul is predeceased by his brother, David J. Griffin, of London, Ontario.

Paul's awards, accomplishments, and memberships were numerous, however Paul's life and love were focused on family and friends more so than himself.

Sentiments from Paul's loyal brother, Darrell, his loving sister-in-law, Debbie, and his adoring nieces, Danielle, Jennifer, and Brittany include admiration of Paul's integrity, his generosity and goodwill, his moral compass and most of all his vibrant and bright presence; noting the twinkle in his eyes will be sorely missed.

In addition, sentiments from Paul's thoughtful sister-in-law, Donnajean, wife to Paul's late brother David, his niece, Eliza, and nephews, Oliver, Kingsley, and Grahame include how kind and caring Paul was, recalling him as a quiet man who was willing to help however he could.

Paul's professional impact was widely felt. His decades-long career in various facets of the real estate industry led him to become a respected, steadying voice at the New England and national levels. Paul was the Chief Executive Officer of the New Hampshire Association of Realtors (NHAR) and had been with NHAR since 2002. Within his own office, Paul created a culture of professionalism, mutual respect, and family among his staff. His staff said Paul knew the answer to every test, yet his most common instruction was "Do what you think is right," valuing a trust-based environment. Sentiments from Paul's staff were that he was simultaneously respected and beloved by those with whom he shared the NHAR space on Main Street in Concord, and he was an even better man and friend than a boss.

Previous to NHAR, Paul worked as a Regional Manager with Interealty Corp. for a decade, managing Pacific operations where he met his wife Terrie in Hawaii. Paul also founded and managed a national, industry-recognized management consulting firm, serving the real estate and related technology industries for more than a decade, with clients from Maine to Hawaii. Paul was a Realtor Certified Executive with many other designations. Paul was an avid reader, music enthusiast, movie buff, and politically active.

Paul earned a bachelor's degree from Franklin Pierce University in Concord, NH and was a graduate of Chelmsford High School in Chelmsford, MA.

Fr. "Rich" Roberge of Christ the King Parish presided over a private prayer service for Paul. A memorial service will be held at a later date for family and friends.

In lieu of flowers, memorial donations may be made to the Concord Coalition to End Homelessness or Pope Memorial SPCA of Concord-Merrimack County.

Arrangements are entrusted to the Bennett Funeral Home of Concord. Fond memories and expressions of sympathy may be shared at https://www.BennettFuneral.com for the family of Paul Griffin.
Published by Concord Montior from May 8 to May 9, 2020.
To plant trees in memory, please visit the Sympathy Store.
MEMORIAL EVENTS
Memorial service
Service details to be determined.
Funeral services provided by:
Bennett Funeral Home
MAKE A DONATION
MEMORIES & CONDOLENCES
2 Entries
My condolences to Paul's family. I had the pleasure of working with him at NHAR as the accountant. He was such great guy who I had a lot of respect for. My thoughts and prayers go out to your family.
David Penchansky
Friend
May 20, 2020
Paul will be missed by many! He was a kind, generous soft spoken man with a keen sense of humor. He adored the love of his life Terrie and spoke of her often. Paul will be forever in our hearts and our memories. Rest In Peace Paul and thank you for being so much to so many.
Bonnie Guevin
Friend
May 11, 2020
Showing 1 - 2 of 2 results