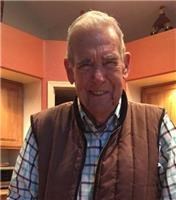 BORN
1930
DIED
2018
LOUDON – Robert Perley Ordway, 88, of Loudon, passed away peacefully Tuesday, May 8, 2018, in Mesa, Ariz. from cardiac complications of amyloidosis, an uncommon disease with multiple symptoms, which he endured with dignity for more than two decades.

Bob was born on March 21, 1930, the son of Perley Walter and Cora May (Loring) Ordway, the 8th generation of the family in Loudon. Bob was educated in local schools graduating from Concord High School in 1947 and from UNH Durham in 1951 with a BS Degree in Mechanical Engineering subsequently becoming a registered Professional Engineer in the state of New Hampshire. During his four years at UNH he was a member of the Varsity Rifle Team. Bob received a ROTC Commission in the U.S. Air Force and was called to active duty in the Korean Conflict shortly after graduation following a brief period of employment with General Electric Company in Lynn, Mass.

His Air Force assignment was with the Air Research and Development Command at Wright Patterson AFB in Dayton, Ohio and Griffiss AFB in Rome, N.Y. During his period of active duty he married his wife, Patricia, whom he met as a nursing student at NH Hospital in Concord and who joined him at Griffiss AFB. He was released from active duty as a First Lieutenant remaining in the Air Force Reserves for several years and discharged with the rank of Captain.

In 1954 Bob returned to employment at GE in Lynn in the Small Aircraft Engine Division, residing in a home he and Pat built in Hampton Falls, there serving on both the town Planning Board and Volunteer Fire Department. His industrial career at GE focused primarily on a helicopter power plant being developed under a U.S. Navy contract. This was the T-58 engine widely used today in helicopters by the U.S. Navy, U.S. Coast Guard, and in commercial applications. He was specifically engaged in the evaluation, special applications, and flight testing of this engine and served in a variety of middle-management positions during this phase of the engine's development. Later in his GE career he was involved with a jet power plant (J-85 engine) installed in the Northrup Aviation T-38 training aircraft and the F-5 Fighter Aircraft in use by 13 friendly nations around the world. When Bob left GE his role was Manager of Service Engineering for the J-85 engines in world-wide use.

In 1968 Bob and his family relocated to Loudon, residing in the family homestead. He accepted a position as Professor of Mathematics, Science, and Engineering Subjects at the Vocational Technical College at Laconia, (now Lakes Region Community College) at the time the College opened its doors in the fall of 1968 until his retirement in 1985. During his teaching tenure he served as Chair of The General Education Department, Chair of The Academic Standing Committee, and Chair of The Accreditation Self-evaluation Committee. During his period of employment at the College he was selected by the students as Professor of the Year on two occasions.

After leaving education Bob built a retirement home in Loudon for Pat and himself. He devoted considerable time to Loudon organizations and civic affairs including Member of the Loudon Planning Board (40 years), Member of the Board of Selectmen, Merrimack Valley Regional School Board, Union Cemetery Association, Loudon Historical Society, American Legion Post 88 (48 years), Loudon Community Building Committee, Public Waters Access Advisory Board (appointed by the Governor), Charter Member and Director of the NH Snow-Shakers Snowmobile Club and was voted Loudon Citizen of the Year in 1996. He was instrumental in establishing the Elderly Housing Facility in Loudon (The Brown House) as co-chair, along with Clem Lyon, of the Elderly Housing Advisory Committee. Bob was a life member of the National Rifle Association and of the NH Aviation Historical Society. With the collection of historical documentation and a variety of hardware components which were donated to the Society, Bob helped create a pivotal display at the Society's museum at the Manchester Regional Airport devoted to the design and construction of NH's first bi-plane. Built in Loudon between the years of 1929 and 1931 by his father Perley W. Ordway and his partner Caleb J. Marston, the plane is referred to as "The Doodlebug".

Bob and Pat devoted considerable time to travel, often accompanied by daughter, Joan. Travel by RV took them from Alaska to Southern Mexico on two occasions and numerous trips around the United States and Canada. Foreign destinations included the United Kingdom, Greece, Spain, Turkey, Morocco, Egypt and the Nile River, Kenya, Ecuador and the Galapagos Islands, as well as several cruises to the Caribbean.

Bob's hobbies and interests include hunting, fishing, snowmobiling, gardening, bird watching, and other outdoor endeavors. In the fall of 2015 Bob relocated to Mesa, Ariz. to reside with his daughter, Joan and husband, Helge Jordan.

Services will be scheduled at the convenience of the family.
Published by Concord Monitor on May 15, 2018.
To plant trees in memory, please visit our Sympathy Store.
MEMORIAL EVENTS
To offer your sympathy during this difficult time, you can now have memorial trees planted in a National Forest in memory of your loved one.
MAKE A DONATION
MEMORIES & CONDOLENCES
6 Entries
Peter and I are so sorry to learn of Bobs death. He and Pat were great friends of my parents, Bob and Barbara Cureau, and we were so glad that Bob and Bob were able to get together one last time in Maine last summer.

Bob O was a remarkable person who lived life in a way that all of us aspire to.
Susan Clarey
Family
May 23, 2018
Such a nice man, always had a smile and never to busy to top and chat. Rest In Peace ,Bob . Prayers and thoughts to the family.
Deedee Tranfaglia ( Loudon NH)
May 19, 2018
He gave so much to so many. My thoughts and prayers to the family
Marilyn Dubuc
Friend
May 16, 2018
I am so sorry about the passing of Mr. Ordway. I graduated in 1971 from NHTC in Laconia and then moved on to higher education. Mr. Ordway was a true friend and great mentor.
Richard Bean
May 15, 2018
I am so deeply saddened to read of Bob's passing but feel so blessed to have known the true meaning of a kind, genuine, funny, humble human being by knowing him. Bob's impish smile could melt an iceberg! RIP Bob, you've earned it.
Donna White
May 15, 2018
Rest in peace old buddy of 70+ years. You fought the good fight without complaint.
Donald Lockwood
Friend
May 11, 2018
Showing 1 - 6 of 6 results