A native Houstonian and graduate of Smiley High School and The University of Houston, Mark lived in Conroe for the last thirty-five years where he raised his family. He retired as a Cement Salesman from Capitol Cement and Alamo Cement.

After retiring from boxing, Mark started teaching and coaching football, basketball and golf at Pearland High School. While coaching was a great passion, the families need for additional income sent him into different sales roles for the remainder of his career. Sales was a perfect fit for him, and his customers and coworkers became life long friends.

An avid golfer, he loved spending time on the golf course or just working on his game.

The joy of his life was his family and he led them well.

He is preceded in death by his parents Paul and Lucille Tessman.

The funeral service will be held at 10:00 am on Saturday, December 3, 2016 at The First United Methodist Church of Conroe. Reception to follow.

The family request donations in lieu of flowers to:

Published by The Courier of Montgomery County from Nov. 28 to Dec. 11, 2016.
To plant trees in memory, please visit the Sympathy Store.
MEMORIAL EVENTS
To offer your sympathy during this difficult time, you can now have memorial trees planted in a National Forest in memory of your loved one.
Funeral services provided by:
Cashner Funeral Home
MAKE A DONATION
MEMORIES & CONDOLENCES
14 Entries
Heartfelt condolences to the Tessman family. Mark was an amazing person. We met back in 1968 when he fought his first 10-round main event in Beaumont. I was a 19-year-old sportswriter for the Beaumont Journal working my way through Lamar University. Tuesday night was fight night. While the preliminary bouts were taking place both Mark and I sat at the very back of the auditorium with text books open, cramming for Wednesday exams. I covered several of Mark's bouts in Beaumont and became friends with Mark and his then manager Perry Payne.Later on our paths would cross at various charity golf tournaments when I was the golf writer at the Houston Chronicle.When I left the Houston Chronicle to become Director of Communications for the Houston Golf Association, one of the first congratulatory phone calls I got was from Mark, who made a career change from teaching and coaching to a sales position. Mark will be sorely missed.
Burt Darden
December 4, 2016
My deepest condolences to your family. I had the privilege of being taught by you in 1972. You were not only my Health teacher but my mentor.
I will never forget the story you told us about the Summer Olympics in Germany and you showing us the pair of gloves from the USA boxing team. You were a great man. Rest in peace Coach. We will see you soon.
Louie Martinez
December 3, 2016
Dear Bren. My heart breaks for you and your family. I know that you all will come together like you always have and the Lord will provide strength and comfort for you all in the days ahead. Love you, Sharon Roberts
December 2, 2016
Coach Tessman

You were an inspiration to many at Pearland High School. But for me you were extra special in coaching me and taking a special interest in me at athletics and over the decades you were always a friend and a continued inspiration. Even at the worst single moment of my life you lifted me up big time. I will never forget "Reach Way Down and Give It Your All" and to this day I do just that. God bless you and I know we will meet again. OOOOHHH AHHHH, I can still hear you expressing that! I shall never forget you. Never...
Tommy Raymond
December 1, 2016
Sweet Brenda,
My heart is so sad about your beloved Mark. His obituary was wonderful, he accomplished so much with the gifts his Heavenly Father gave him.
He won many fights, literally...and bravely fought in the hospital especially these past nine months. He was knocked down but by God's Grace he couldn't be knocked out. I know Amber, Paul and the grandchildren are so proud he was their daddy and Papa. I pray Brenda that you and all the family take great comfort in knowing that he is now forever protected by the Great Physician, free of pain and suffering, praising his Almighty God of mercies and serving his Lord and Savior for eternity. I love you.
Toma Sue Thomas
December 1, 2016
Please know that our thoughts and prayers go out to each of you on the passing of Mark. Paul there is not doubt in my mind that you have and amazing Mom and your father was very special as well. You and your entire family are such a blessing to all of us. Please know we are praying for all of you and love you all dearly. I was amazed at reading all his accomplishments but not surprised either. Paul you are a true testament of what a great legacy your father left behind. I know your Dad had to be so proud of you. We love you all so much.
Becky Barnett
November 30, 2016
Went to sch with Mark. Iwas in the class of 64. He lived in our neigborhood. He was such nice guy and everybody loved him. We all knew about his boxing achievements.I'm glad to say I knew this Great Eagle.Prayers for the family
Carolyn (Davis) Smith
November 30, 2016
Brenda, I'm so sorry for your loss. I'm here if you ever need to talk. Will keep the family in our prayers. Love Martha
Martha Gautreaux
November 30, 2016
Mark was a physically imposing man that had the heart of a saint. He loved his children openly and unashamedly. He genuinely took an interest in myself and others when I knew him well as a teammate of Paul's growing up. He never missed a tournament that I can recall and was always your biggest cheerleader. 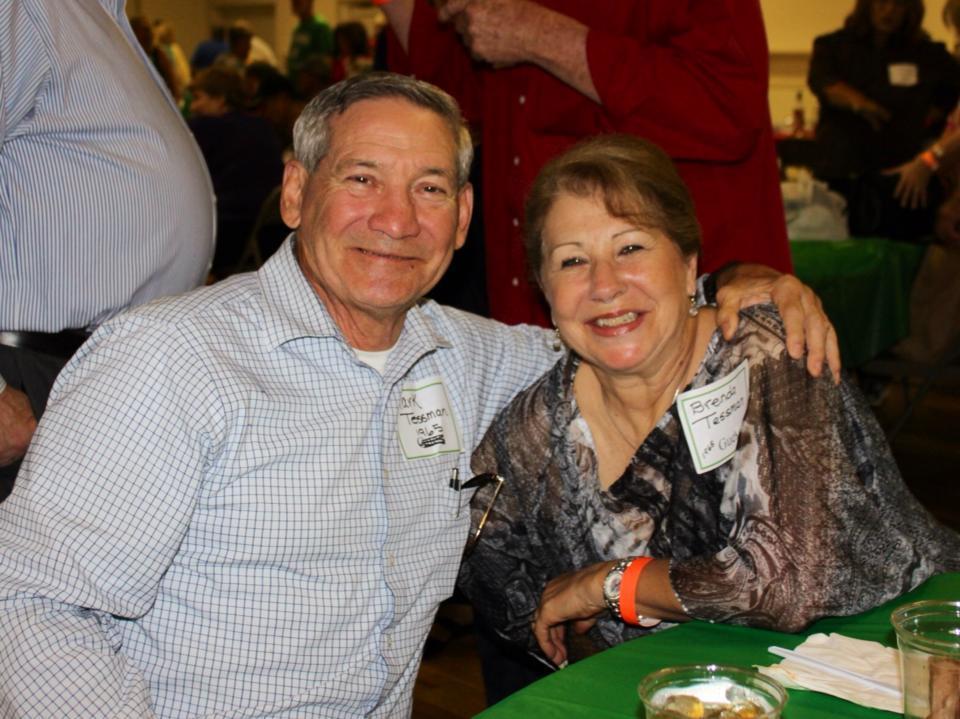 I'm so sorry to hear about Mark. I didn't know him personally but had one class with him way back in high school. I was a 10th grader and he was a senior. I can honestly say EVERYONE really liked Mark and wanted to be around him. My high school's Alumni Facebook page in memory of him is packed with comments from friends and classmates - probably one of our longest posts ever. May he rest in peace.
Ken Leasure
November 23, 2016
Mark, may you rest in peace my friend. Always enjoyed your insight and company.
James Taylor
November 23, 2016
Showing 1 - 14 of 14 results