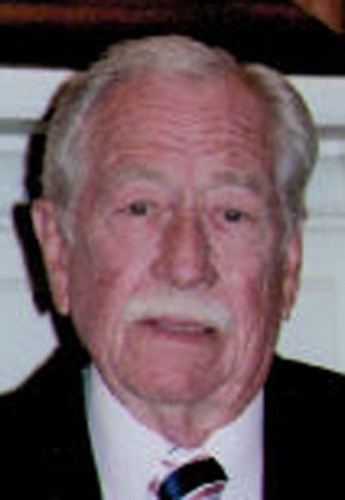 He was a professor and the Head of the Agriculture Department at Arkansas Tech University from 1973 to 2004. He is a veteran of the United States Air Force, in which he served from 1953 to 1957, and was awarded the National Defense Service Medal and a Good Conduct Medal.

He is a member of Hopewell Baptist Church in Atkins. He graduated high school in 1952 at Ozark. He graduated from the University of Arkansas with his bachelor's degree in 1960, his Master of Science in 1961, and his PhD in 1975.

In addition to his parents, he was preceded in death by a son, Kenneth Roger Pippin; and a brother, Arvel Lee Pippin.

He is survived by his wife of 32 years, Kathy Pippin; a daughter, Suzanne Pippin of Big Bear Lake, Calif.; a son and daughter-in-law, Kennan and Beth Pippin of Aurora, Colo.; a stepdaughter and son-in-law, Michelle, and David Ward of Atkins; three granddaughters, Chelsey and Zach Mizzi of Brighton, UK, Cloe Pippin and (Brady Koetting) of Boston, Mass., and Emily Ward of Atkins; and a grandson, Parker Ward of Atkins; and a number of nieces and nephews.

A memorial service will be held at 10 a.m. on Monday in the Shinn Chapel, with Bro. Charlie Bird officiating, and under the direction of Shinn funeral Service of Russellville.

The family will receive friends following the service, and burial will be private in Fayetteville National Cemetery.