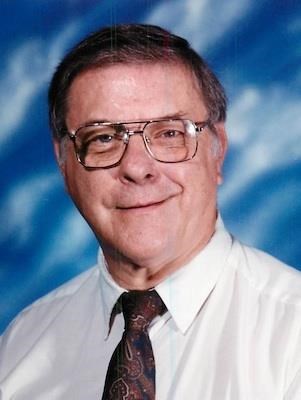 Born in Philadelphia, PA, Harry was a graduate of Merchantville High School. While living in Cherry Hill, NJ, Harry met his first love of 38 years, Joan Lynch. Harry was a school teacher and started his career in the Pennsauken School District. He held many positions in the education field, including Principal and retired as a Science teacher in West Deptford after 37 years. Harry was also employed at Super Fresh and this is where he met his second love, Loretta in January of 1998. Harry was employed by Super Fresh for 44 years. Harry was a member of the NJEA, many card clubs and was on the entertainment committee at Lakebridge.

A generous and humble man, Harry was always there for his loved ones. He was a dedicated teacher and took pride in his craft. Harry was a science teacher, but was also quite a history buff. A patriotic man, Harry showed the love for his country in his garden where he proudly displayed the American Flag. Harry collected coins, was a devoted fan of the Phillies and Eagles, and was a Cadillac aficionado. Collecting coins, traveling, being a human GPS, and playing Pinochle and a round of golf with friends were some of Harry's favorite pastimes. Harry never had a bad meal, enjoyed his sweets and since his retirement, "Everyday is Saturday." We will miss you…

Relatives and friends are invited to attend Harry's viewing on Tuesday, March 30, 2021, 10:30 AM - 12:00 PM in the McGuinness Funeral Home, 34 Hunter Street, Woodbury, NJ, where the Funeral Ceremony will follow at 12:00 PM. Interment Arlington Cemetery, Pennsauken, NJ.

In lieu of flowers, memorial contributions may be made in Harry's name to West Deptford School District at the Eagle Education Fund, c/o Brian Gotchel, 1318 Vallee, Woodbury, NJ 08096